Invasive plant seeds are traveling to the U.S. in shipping containers • Earth.com 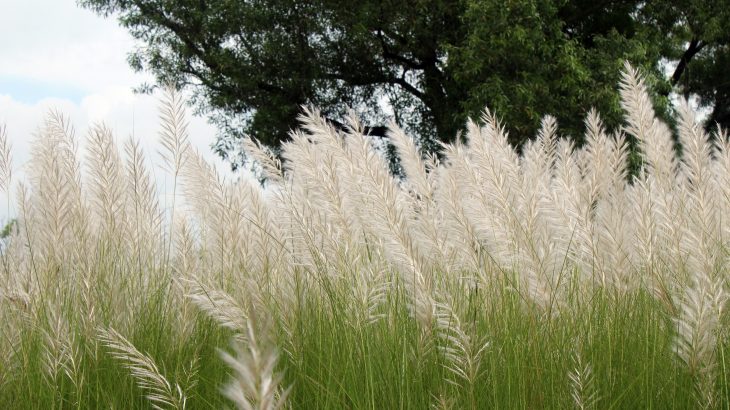 Invasive plant seeds are traveling to the U.S. in shipping containers

The introduction of invasive species through commercial transport is becoming increasingly common, and a new study has identified a potential source of nonnative plant invasions. Experts from the USDA Forest Service found that large numbers of plant seeds are arriving in ports across the United States in the air-intake grilles of refrigerated shipping containers.

The researchers vacuumed seeds from air-intake grilles over two seasons at the Port of Savannah, Georgia. The viability of these seeds is of particular interest to environmental and federal enforcement agencies, and the project was supervised by both.

Overall, seeds from 30 plant taxa were collected from the air-intake grilles, including seeds of wild sugarcane, which is a grass listed on the USDA Federal Noxious Weed List.

Wild sugarcane is useful in its native environment, but this and other federal noxious weeds pose immediate and significant threats to agriculture, nursery, and forestry industries in places where they are invasive plants.

“During the two shipping seasons, we estimate that over 40,000 seeds from this species entered the Garden City Terminal at the Port of Savannah,” said study lead author Rima Lucardi. “This quantity of incoming seeds is more than sufficient to cause introduction and establishment of this nonnative invader, even if the escape rate from the shipping containers is limited.”

By modeling and analyzing viable seeds from four plant taxa, the team was able to estimate which seeds may be able to survive and become established in the United States. They found that all of the groups are prolific seed producers that are wind-pollinated and wind-dispersed, with the ability to persist in a wide range of environmental conditions and climates.

Preventing nonnative plant invasions is much more cost-effective than trying to manage them once they have become widely established, and the researchers propose several possible strategies for reducing the risk of establishment. For example, a liquid herbicide could potentially be applied to containers while in port.

“Investment in the prevention and early detection of nonnative plant species with known negative impacts results in nearly a 100-fold increase in economic return when compared to managing widespread nonnatives that can no longer be contained,” said Lucardi.

The Department of Homeland Security is in charge of inspecting imported refrigerated shipping containers, and the researchers worked closely with agents of the U.S. Customs & Border Protection, Agriculture Program; the USDA Animal and Plant Health Inspection Service; and the Georgia Ports Authority for the study.