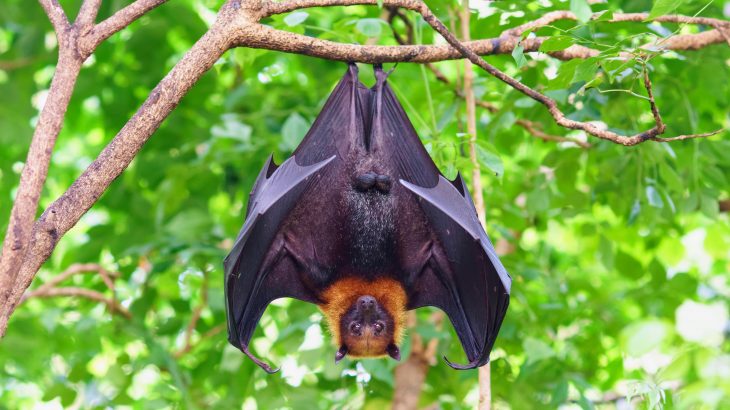 A new study led by the University of Sydney has revealed how invasive plants are posing a new threat to critically endangered flying foxes on Christmas Island. The researchers found that introduced plant species reduce the nutritional value of the flying foxes’ diets.

The researchers collected and analyzed 125 native and non-native plant samples, representing the most common plants on which the Christmas Island flying fox feeds. The analysis showed that the nutritional content of the flying foxes’ diets do not provide a balanced meal.

“Flying foxes may prefer to feed on introduced plants, as it makes it easier for them to meet their energy requirements in a shorter amount of time. They may also favor these plants as some – including papaya and Japanese cherry – fruit year-round on Christmas Island, when other food may be scarce. If this happens, flying foxes’ nutritional requirements may not be met.”

Pulscher explained that the flying foxes likely feed on fruit and nectar to meet their energy requirements, and pollen and native foliage like fig leaves to meet their protein and essential mineral needs. A diet that includes a variety of native food plants is nutritionally optimal.

The Christmas Island flying fox is critically endangered, with a population of just 3,800 individuals. This population has been dramatically reduced in recent decades as a result of human-induced habitat loss, invasive animal species, cadmium poisoning, and altered habitats.

When habitats are altered, they are often re-vegetated with introduced plant species like mango, banana, soursop, breadfruit, and Japanese cherry trees. The new study suggests that these introduced species may further threaten the survival of flying foxes by not meeting their nutritional needs.

“Our findings suggest that preserving these animals’ complex foraging habitats is key to their conservation,” said Pulscher. “If they went extinct, not only would we lose a native mammal, but the local ecosystem would be devasted, as they are a key pollinator and seed disperser on the island.”

The results of the study can be applied to all flying foxes, also known as fruit bats, that feed on native and introduced vegetation.

“The study results also support the need to include analyses of animals’ diets in conservation plans generally,” said Pulscher. “Animals that could benefit from such analyses include endangered primates, like the Eastern lowland gorilla.”