Invasive rusty crayfish may be responsible for their own demise • Earth.com 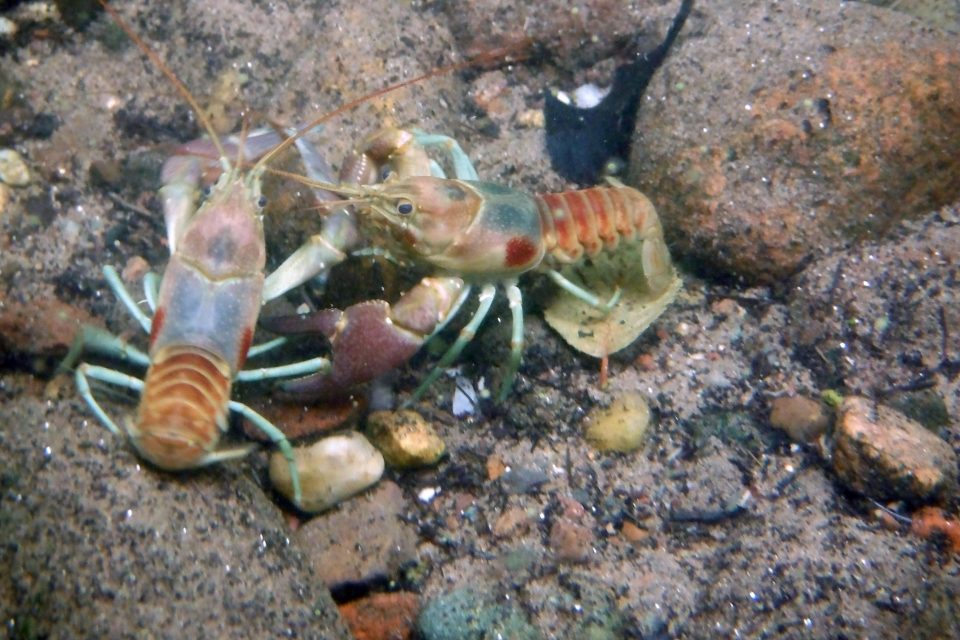 Invasive rusty crayfish may be responsible for their own demise

After rusty crayfish were introduced into lakes in northern Wisconsin as live bait decades ago, they eventually took over the lake bottoms and began destroying native plants and animals. A team of scientists from the University of Illinois set out to investigate why crayfish populations are still thriving in some of these lakes, yet sharply declining in others.

Study co-author David M. Lodge, the director of the Atkinson Center for a Sustainable Future at Cornell University, has been monitoring the rusty crayfish in northern Wisconsin lakes since 1983.

“This analysis would have been impossible without our many years of data collection, highlighting how essential long term studies are for describing and ultimately understanding environmental changes,” said Lodge.

The team examined population trends in 17 lakes from 1972 to 2017 and found that about half were experiencing population declines.

“The rusty crayfish wants to be in rocky substrate,” said Larson. “It uses that rock to avoid predation by fish or even wading birds, river otters, or raccoons. If it doesn’t have that rock, it uses aquatic plants as secondary habitat as shelters to avoid predators.”

As the crayfish forage and burrow, they constantly uproot plants and turn over rocks. With millions of crayfish in a single lake, they had nearly wiped out all of the plants in some study areas.

“From a condition decades ago where 50-60 percent of our trap locations in some lakes had plants, it’s now about 5 percent. It’s a pretty big reduction of coverage,” said Larson.

The crayfish in lakes without rocks had inadvertently removed their only shelter from predators by destroying the aquatic plants. On the other hand, Larson emphasized that the underlying cause of the sharp population declines may be more complex than just rock versus muck.

“Other mechanisms besides habitat quality could be contributing. We’d like to know what impact parasites and predatory fish are having. We’d also like to study more of the effects of climate on these crayfish from year to year through lake temperatures, drought, and duration of ice cover.”