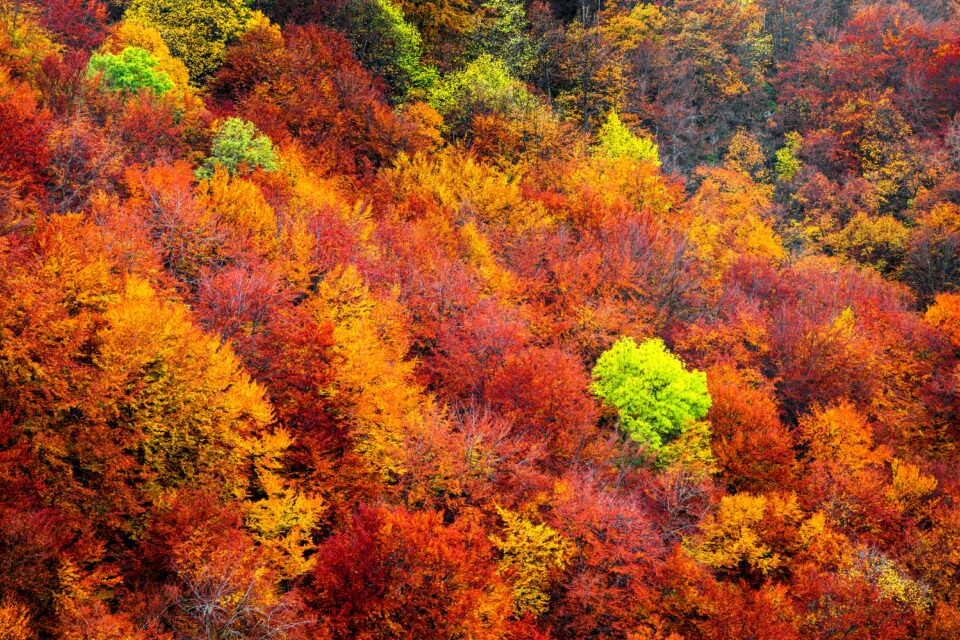 Invasive shrubs in Northeastern forests are stifling the growth of native species, according to a new report. The researchers conducted a three-year study of invasive shrub removal to investigate how the native plants responded in The Arboretum at Penn State.

The non-native shrubs sprout leaves earlier in the spring, and keep them longer in the fall, which gives them a competitive advantage. The invasive plants absorb more sunlight than native shrubs and lower the temperatures on the forest floor.

“Light and temperature influence ecosystem processes, likely slowing the growth of native plants,” said Maynard-Bean. “We saw a pattern of reduced maximum air temperature in the presence of invasive shrubs during the growing season of most years.”

This difference in light energy is significant, Maynard-Bean noted. “Think of it this way, it’s like a 60-watt lamp in every 10 square feet of the forest is removed by the presence of invasive shrubs, on average, across the growing season.”

The researchers periodically recorded temperature data hourly and daily throughout the study period. They calculated the difference in temperatures between invasive shrub plots and native shrub plots.

According to Maynard-Bean, temperatures fluctuated in the experiment. The variation resulted from different surfaces the sunlight hits on the forest floor, she explained, and how much moisture is present.

“Sunlight warms the surface, and then that heat transfers to the air. But it turns out to be extremely variable, because it depends on how wet the surfaces are – water will absorb a lot of that energy, not changing the temperature. It’s also dependent on the type of material on the forest floor. It’s mostly leaf litter, but also sticks, logs and rocks change the rate of transfer of light energy into temperature.”

Maynard-Bean said that the results of the study may explain a phenomenon that scientists have witnessed associated with invasive forest plants.

The findings may also explain why Eastern forests have grown increasingly fire resistant, to the detriment of fire-tolerant plant species such as oak, said Maynard-Bean, adding that lower light conditions have potential implications for forest litter quality and decomposition rates.

“The darker, cooler conditions caused by the invasion of nonnative shrubs have the potential to exacerbate the mesophication – the transition of a fire-adapted community to a fire-intolerant one – of Eastern deciduous U.S. forests.”

“Decades of forest fire suppression have allowed mesophytic, or shade-tolerant, species to shift the understory toward more cool, damp and shaded conditions resistant to burning.”

The research was supported by the U.S. Department of Agriculture’s National Institute of Food and Agriculture.

The study is published in the Natural Areas Journal.