Is seaweed more potent against COVID-19 than remdesivir? • Earth.com 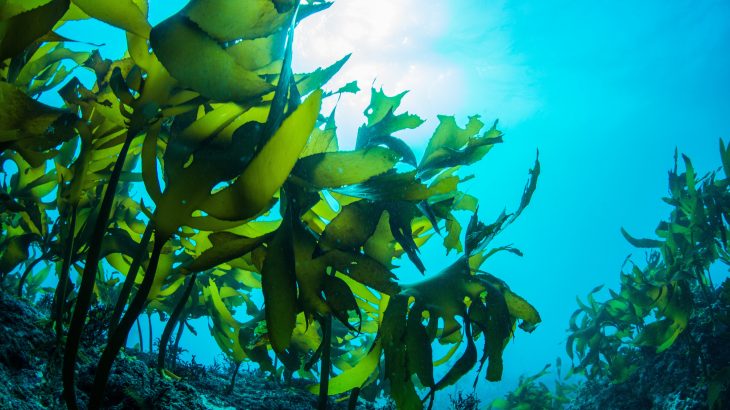 Is seaweed more potent against COVID-19 than remdesivir?

An edible seaweed extract may be more effective in blocking coronavirus infection than remdesivir, a drug that received emergency use authorization by the FDA to treat severe cases of COVID-19.

At the Rensselear Polytechnic Institute, lab testing with mammalian cells showed that the antiviral activity of a fucoidan found in brown seaweed had a higher potency against SARS-CoV-2 than remdesivir.

In addition, the common blood thinner heparin – as well as a heparin variant stripped of its anticoagulant properties – were found to be almost as effective as remdesivir in inhibiting SARS-CoV-2 infection in mammalian cells.

The research is the latest example of a decoy strategy that the Rensselear team is developing against viruses like COVID-19.

The spike protein on the surface of SARS-CoV-2 latches onto a molecule on the surface of human cells called the ACE-2 receptor. Once it has attached itself securely, the virus inserts its own genetic material inside of the cell and initiates the replication process.

Experts recognize that the virus could easily be manipulated to latch onto a suitable decoy molecule, where it would be trapped and neutralized.

Previous studies have shown this decoy strategy works in trapping other viruses such as dengue, Zika, and influenza A.

“We’re learning how to block viral infection, and that is knowledge we are going to need if we want to rapidly confront pandemics,” said lead researcher Professor Jonathan Dordick. “The reality is that we don’t have great antivirals. To protect ourselves against future pandemics, we are going to need an arsenal of approaches that we can quickly adapt to emerging viruses.”

In the Center for Biotechnology and Interdisciplinary Studies (CBIS) at at Rensselaer, the experts tested the antiviral activity in three variants of heparin and two fucoidans extracted from seaweed, RPI-27 and RPI-28. All five compounds are sulfated polysaccharides with structures that make them good candidates for use as a decoy.

The team performed a dose response study known as an EC50 with each of the five compounds to test their effectiveness on SARS-CoV-2 in mammalian cells. The results of an EC50 are expressed in a molar concentration, where a lower value represents a higher potency.

Even at the highest concentrations tested, there was no cellular toxicity in any of the compounds, according to the researchers.

“What interests us is a new way of getting at infection,” said study co-author Professor Robert Linhardt. “The current thinking is that the COVID-19 infection starts in the nose, and either of these substances could be the basis for a nasal spray. If you could simply treat the infection early, or even treat before you have the infection, you would have a way of blocking it before it enters the body.”

While studying SARS-CoV-2 sequencing data, the professors recognized several features on the structure of the spike protein that suggest it would be a compatible fit with heparin. A binding study produced more evidence of this compatibility.

“It’s a very complicated mechanism that we quite frankly don’t know all the details about, but we’re getting more information,” said Professor Dordick.

“One thing that’s become clear with this study is that the larger the molecule, the better the fit. The more successful compounds are the larger sulfated polysaccharides that offer a greater number of sites on the molecules to trap the virus.”

The study is published in the journal Cell Discovery.