July may have been the world's hottest month ever • Earth.com 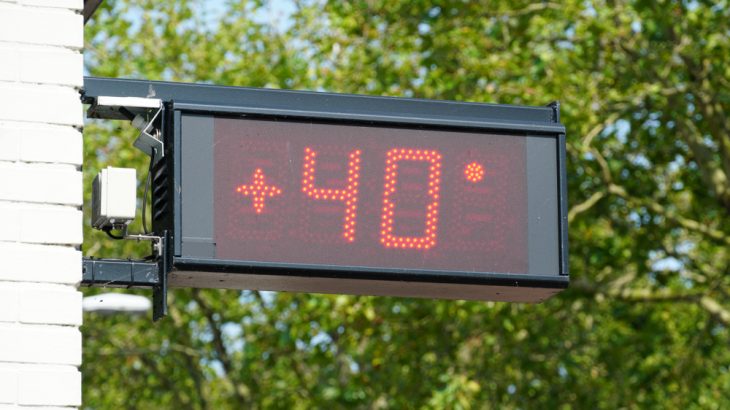 July may have been the world’s hottest month ever

Earth just saw the hottest June on record – by a lot – but July is set to beat that. Scientists are still crunching the data, but they expect when the dust clears July will have been the hottest month ever recorded.

The European Union Copernicus Climate Change Service and the European Centre for Medium-Range Weather Forecasts based the prediction on the data collected from July 1 through 29.

This July is rivaling July 2016 for the hottest month ever, with the numbers too close to call yet. But in the wake of June’s heat and with record heat waves all over the world in July, this year is well on track to be one of the four hottest on record.

But researchers aren’t exactly reeling at the news.

“Months which break the global temperature record, such as July 2016 and June and July 2019, are now the expectation rather than a surprise,” Dr. Richard Allan of the University of Reading told the Daily Mail.

The Copernicus Climate Change Service has found a clear warming trend in Europe over the past four decades. And the past four years have, globally, been the hottest four in history.

Scientists are warning that if current warming continues, heat waves could become more frequent and deadlier.

“Just as one swallow does not make a summer, one record month does not tell us much on its own, since the fickle nature of weather systems and the slow sloshing about of the ocean can sometimes temporarily warm or cool the planet,” Allan said.

But the recent smashing of record after record indicates that the Earth’s warming climate isn’t a fluke but a long-term trend, he said.

“It’s our fault and the way to stop this is to reduce and begin removing emissions of greenhouse gases,” he said.