Kids are most at risk of being hit by a car on Halloween • Earth.com 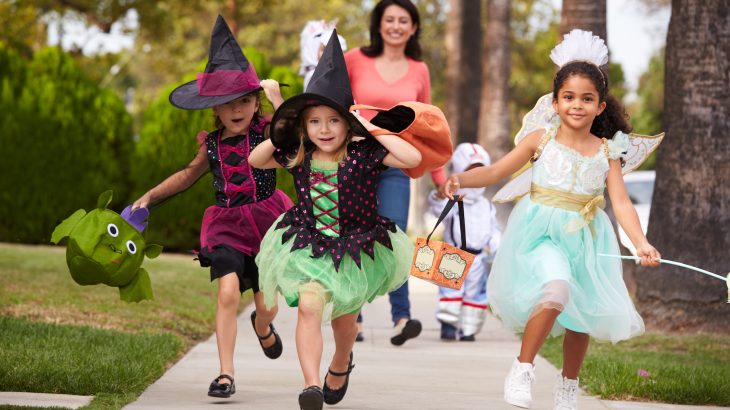 Tomorrow is Halloween and children will be flooding the streets in costume and running door to door for candy.

While the concerns that many parents have about Halloween focus on the possibility of children receiving poisoned or tampered with candy, a new study has found that children are more likely to be hit by a car on October 31st than on other night of the year.

Researchers from the University of British Columbia analyzed traffic crash data on Halloween compared to one week prior and one week after to see if the increased foot traffic that comes with Halloween also increased the risk of pedestrian fatalities.

The study was published in the journal JAMA Pediatrics, and the results show that for children between the ages of 4 and 8, the risk of pedestrian fatality is ten times higher on Halloween compared to the week before or after.

“Collecting ‘trick-or-treat’ candy from neighbours has been a Halloween tradition among children for over a century, and adult Halloween parties have become increasingly popular in bars and on campuses across North America,” said John Staples, the leader of the study. “We wondered if the combination of dark costumes, excitement, and alcohol made the streets more dangerous for pedestrians. Our findings suggest that it does.”

The researchers reviewed 42 years of data from the National Highway Traffic Safety Administration, focusing specifically on fatal traffic crashes from 1975 to 2016.

Pedestrian fatalities that occurred on Halloween between 5 p.m. and midnight were compared to deaths that occurred within the same time frame during the weeks before and after.

Halloween correlated with a 43 percent increased risk of pedestrian fatalities, and the researchers found that there were, on average, four additional pedestrian deaths on Halloween.

The study shows that the increased foot traffic of Halloween combined with poor visibility at night and a higher likelihood of drinking and driving increases the risk of pedestrian traffic incidents.

“Our findings suggest there are opportunities to improve pedestrian safety on Halloween, but they also highlight ways that traffic safety might be improved on the other 364 days of the year, said Candace Yip, a member of the research team. “Residential traffic calming, vehicle speed control, and incorporating reflective patches into outerwear might improve pedestrian safety year-round.”

Some suggestions offered by the researchers for improving pedestrian safety include asking that neighborhoods where trick or treating is popular be car-free, that drivers slow down, and parents stay close to their kids.

Most of the pedestrian deaths that take place on Halloween can be easily avoided with a little caution, awareness, and change in behavior.