Killer bees are aggressive by nurture, not just by nature • Earth.com 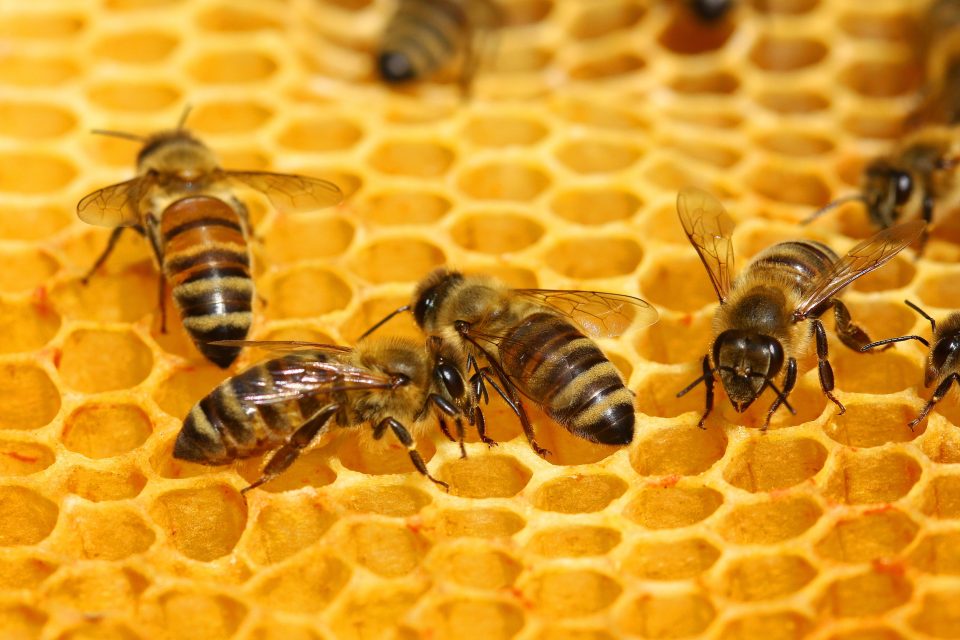 In a matter of just three decades, Puerto Rican honey bees have somehow become less aggressive and much more gentle than their “killer bee” predecessors.

A new study may help to unravel this mystery, showing that aggressive behavior among honey bees is primarily influenced by the genetic traits of the hive as a whole, rather than by the DNA of individual bees.

Study co-lead author Matthew Hudson is a professor of Bioinformatics at the University of Illinois at Urbana-Champaign.

“We’ve always thought that the most significant aspects of an organism’s behavior are driven, at least in part, by its own genetic endowment and not the genomics of its society,” said Professor Hudson. “This is a signal that there may be more to genetics as a whole than we’ve been thinking about.”

Africanized honey bees will swarm and attack an intruder, even far from the hive, to defend their territory. However, Puerto Rican descendants of these so-called killer bees have evolved to become much more docile.

Previous research conducted by the Illinois scientists revealed that Puerto Rican bees still have most of the genetic traits of Africanized honey bees, except for a few regions of DNA that resemble European honey bees.

“We wanted to know which parts of the genome are responsible for gentle behavior versus aggressive behavior,” said Professor Hudson. “And because these are Africanized bees but they’re also gentle, they are an ideal population to study. There’s quite a bit of variation in aggression among them.”

Upon the disturbance of their hive, honey bees that serve as guards chemically signal soldier bees to mobilize. Soldier bees that launch a full-blown attack and resort to stinging sacrifice their lives. Foraging bees, on the other hand, do not typically participate in violence to defend the hive.

The researchers analyzed the genetic makeup of soldier and forager bees from each of the honey bee colonies in Puerto Rico. They also examined the aggressiveness of soldier bees while defending the colony.

The experts found that there were no substantial differences in the genome sequences of soldier and forager bees that could explain why they respond so differently to threats.

However, when the researchers compared the collective DNA sequences of the most aggressive honey bee hives with the least aggressive hives, they identified a strong association between hive genomics and aggression.

The study pinpointed one particular region of the genome that seems to have a major influence on the gentle or violent nature of a bee hive.

“Mostly these bees’ genomes look like Africanized bees,” said Hudson. “But there was one chunk that looked very European. And the frequency of that European chunk in the hive seems to dictate how gentle that hive is going to be to a large extent.”

“Many behavioral traits in animals and humans are known to be strongly affected by inherited differences in genome sequence, but for many behaviors, how an individual acts also is influenced by how others around it are acting – nature and nurture, respectively. We now see that in the beehive, nurture can also have a strong genomic signature.”

According to Professor Robinson, behavioral genomic influences may be particularly pronounced in honey bees, which live in an extraordinarily cooperative society where each individual has a defined social and functional role.