Killer whales may need to further diversify their diets • Earth.com 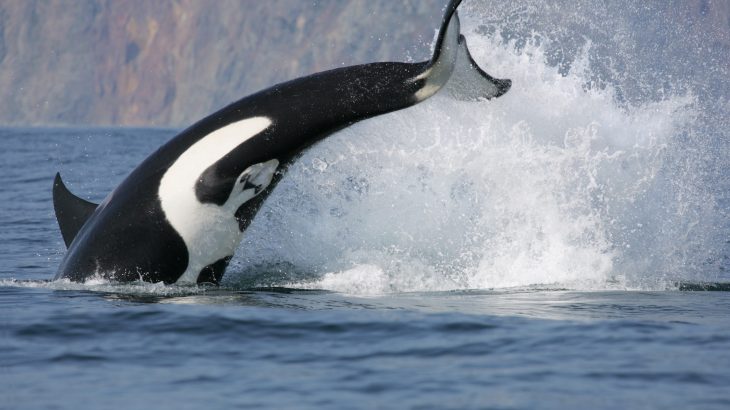 A new study has investigated the diversity of fish species that support the diets of Southern Resident killer whales. The researchers found that killer whales rely on fish from across a massive geographic range that reaches as far north as Alaska and as far south as California’s Central Valley.

The diverse salmon stocks each have their own migration patterns and timing. The various species supply food for the killer whales across the entire year. The problem is that, like the killer whales, many of the salmon species they depend on are also endangered.

“If returns to the Fraser River are in trouble, and Columbia River returns are strong, then prey availability to the whales potentially balances out as the whales have evolved to move rapidly throughout their range. But if most of the stocks throughout their range are reduced then this could spell trouble for the whales,” explained study lead author and NOAA Fisheries wildlife biologist Brad Hanson.

The experts analyzed more than 150 prey and fecal samples collected from killer whales from 2004 to 2017. The research has produced the most comprehensive picture yet of Southern Resident prey over the course of the year.

“When so many prey species are endangered, then they lose some of that diversity,” said Hanson. “The question for managers is how do you support and improve this diverse portfolio of species and stocks.”

The analysis revealed that the killer whales prey almost exclusively on Chinook salmon when they are available in the summer. Over the rest of the year, they diversify their diet to include other species such as steelhead, chum, and coho salmon.

Most of the salmon consumed by the whales during the winter and spring months come from three large river systems: the Columbia, Sacramento, and rivers entering Puget Sound.

The researchers pointed out that increased production of hatchery fish could help support the 75 remaining whales, but that this strategy is not without risks. Study co-author Robin Baird explained that many hatchery fish are already available for killer whales at certain times of the year. Increasing the diversity of hatchery fish in the wintertime, when the whales appear to have less food, may be most helpful.

“We don’t need more cookie-cutter fish that all come back during the time when Chinook are most abundant; we need to diversify and increase availability at other times of the year,” said Baird.

NOAA Fisheries has designated the Southern Residents one of nine national species in the spotlight. These species are highly endangered and can benefit from focused recovery efforts, including conservation of their prey.

Lynne Barre is a marine biologist who is the recovery coordinator for the Southern Residents at NOAA Fisheries West Coast Region.

“Knowing what these whales eat throughout the year and across their various habitats helps us focus recovery efforts for both the Southern Residents and the salmon they rely on,” explained Barre.