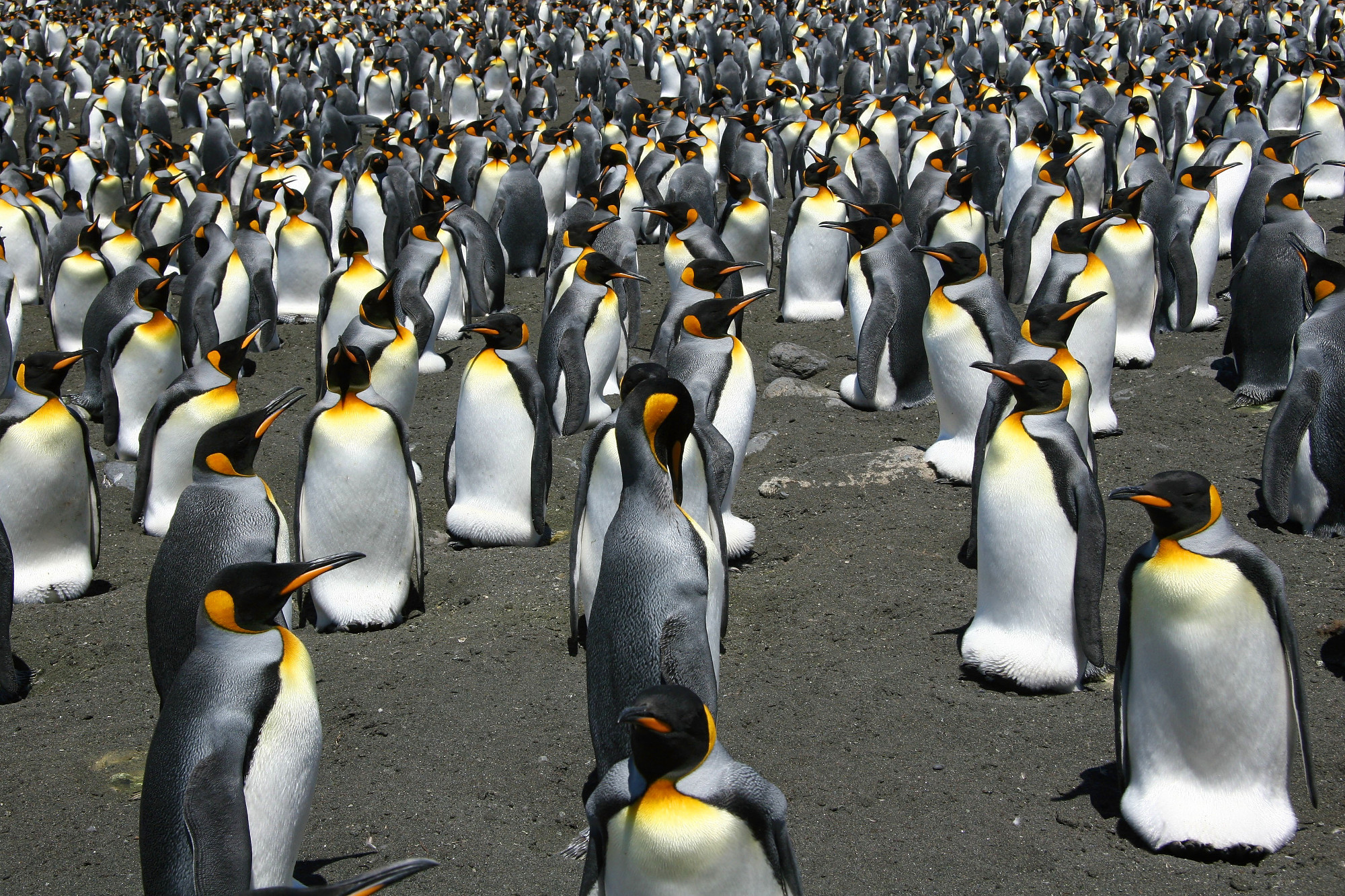 Researchers from the University of Vienna are describing the challenges faced by King penguins as the climate changes across the Antarctic region. While this species has survived dramatic climate shifts in the past, the scientists warn that this is the first time that they also face the impacts of human activities.

“The main issue is that there is only a handful of islands in the Southern Ocean and not all of them are suitable to sustain large breeding colonies,” explained first author Robin Cristofari.

When King penguins search for a site to reproduce and raise chicks for a year, they have some very specific requirements. The penguins need an island with a smooth beach and mild winter temperatures so that no sea ice forms. Most importantly, they need an abundant food source nearby to feed their chicks regularly.

For thousands of years, King penguins have been able to depend on a region where Antarctic waters collide and large concentrations of krill and other fish can be found, known as the Antarctic Polar Front. However, this natural boundary is beginning to drift away from the islands where most King penguins currently live as a result of climate change.

Parents must now swim farther to find food for their chicks. The researchers predict that, for most colonies, the length of the foraging trips will soon exceed the amount of time the offspring can survive without food. This will lead to massive population crashes if the King penguins do not relocate their colonies.

The research team used data from the King penguin’s genome to model worldwide population changes that have occurred over the last 50,000 years. The scientists discovered that past climate change and the subsequent shifts in marine currents and in the location of the Antarctic Polar Front have always been associated with critical episodes for the King penguin.

The researchers pointed out that King penguins have already survived this exact same crisis several times in the last 50,000 years.

“Extremely low values in indices of genetic differentiation told us that all colonies are connected by a continuous exchange of individuals,” said co-author Emiliano Trucchi. “In other words, King penguins seem to be able to move around quite a lot to find the safest breeding locations when things turn grim.”

But now, for the first time in history, the King penguins are dealing with the influence of global warming caused by human activities, and the strongest impacts can be seen in polar regions.

“There are still some islands further south where King penguins may retreat, but the competition for breeding sites and for food will be harsh, especially with the other penguin species like the Chinstrap, Gentoo or Adélie penguins, even without the fisheries,” explained co-author Celine Le Bohec.

“It is difficult to predict the outcome, but there will surely be losses on the way. If we want to save anything, proactive and efficient conservation efforts but, above all, coordinated global action against global warming should start now.”

The study is published in Nature Climate Change.