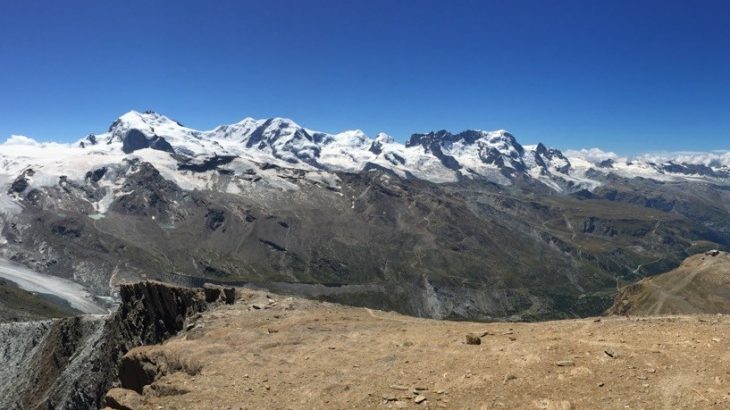 Before the beginning of the last ice age, temperatures had already been declining for more than ten million years. It is widely believed that this cooling was driven by rock weathering which coincided with the formation of mountain ranges such as the Andes and the Himalayas.

Some scientists have questioned, however, whether rock weathering could have removed enough CO2 from the air to cool the atmosphere and trigger an ice age.

A team of researchers including Friedhelm von Blanckenburg of the GFZ German Research Centre for Geosciences set out to investigate. Their findings suggest that it was not weathering but increased “reactivity” of the land surface that decreased atmospheric CO2 and cooled the Earth.

Experts have long speculated that, as large mountains ranges developed in the last 15 million years, erosion processes greatly increased along with the CO2-binding process of rock weathering.

“The hypothesis, however, has a big catch,” explained Professor von Blanckenburg. “If the atmosphere had actually lost as much CO2 as the weathering created by erosion would have caused, it would hardly have had any CO2 left after less than a million years. All water would have had frozen to ice and life would have had a hard time to survive. But that was not the case.”

Professor von Blanckenburg and his colleague Jane Willenbring previously demonstrated in 2010 that the rock weathering theory had its flaws. “We used measurements of the rare isotope beryllium-10 produced by cosmic radiation in the Earth’s atmosphere and its ratio to the stable isotope beryllium-9 in ocean sediment to show that the weathering of the land surface had not increased at all.”

For the current study, the team expanded on the 2010 research to include data on stable isotopes of the element lithium in ocean sediments as an indicator for the weathering processes.

If there are more non-weathered and reactive rocks at the surface, these can collectively react as much chemically with just a little CO2 as heavily weathered rocks can react with a lot of CO2. This means that the decrease in CO2 in the atmosphere and the subsequent cooling can be explained without an increased speed of weathering.

“However, a geological process is needed to rejuvenate the land surface and make it more ‘reactive’,” said Professor von Blanckenburg.”This does not necessarily have to be the formation of large mountains. Similarly, tectonic fractures, a small increase in erosion or the exposure of other types of rock may have caused more material with weathering potential to show at the surface. In any case, our new hypothesis must trigger geological rethinking regarding the cooling before the last ice age.”