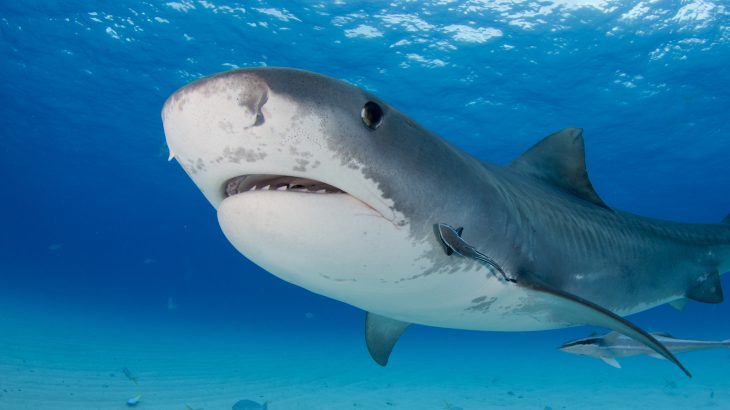 LandShark Lager is a summer beer made for beaches and barbecues in warm weather or fishing trips. It is classified as an island lager, a good beer to drink with a slice of lime or lemon. But now, LandShark is joining other breweries who’ve recently given money to environmental charities.

Breweries have given money to everything from trails and public land organizations to wildlife and water conservation groups. Keeping with the idea of beaches and the nearby oceans as well as their name, LandShark is also giving money to shark conservation.

LandShark is donating money to Shark Angels by symbolically ‘adopting’ 100 sharks. According to Shark Angels, money from shark ‘adoptions’ is used to educate the public about sharks as well as campaign for laws to protect sharks, such as laws making ‘finning’ sharks illegal. Finning is the brutal and wasteful practice of catching a shark just to cut off it’s dorsal fin for soup and throwing the animal back to die a slow death.

Of course, sharks also face threats from overfishing, habitat destruction and global climate change, but direct fishing of sharks is one of the most immediate threats. Shark overfishing can be remedied through a mix of educating the public and new laws, at least that’s the idea behind organizations like Shark Angels. Partnering with a brewery like LandShark is a win-win for both the brewery and shark conservation, giving good publicity to both.

“We are beyond thrilled to have LandShark partner with us in order to further our mission and help drive the movement to save sharks and our oceans,” Jamie Pollack, Shark Angel’s Executive Director, said in a press release. “This donation will be used to further our educational programs and help empower the next generation of shark ambassadors around the world.”

LandShark is also giving away a trip for two to the Margaritaville Resort in Hollywood Beach, Florida that culminates in a shark dive. A close experience with another animal in the wild is one of the best ways to promote understanding and empathy for that animal. Empathy and real world protection are needed more than ever for sharks.

As Earth.com recently reported, research shows that almost 25% of shark habitat lies within fishing areas. This means that on average sharks spend two to six months per year foraging in high fishing areas. In high fishing areas, sharks are subject to greater threats from being caught directly to declines caused by overfishing of prey species.

Sharks are essential to and abundant in most healthy marine environments in the world. Despite their importance, there’s almost no real protection for sharks in international waters and a fish so profitable and easily demonized is at great threat. Being killed as incidental by-catch is also a major threat posed by fishing to sharks.

Scientific American reported in 2014 that over 30% of all cartilaginous fish species – that is sharks, rays and their relatives – are in danger of extinction. Another 46% of fishes in the group lack in scientific data necessary to assess their risk of extinction. This leaves less than 25% of the cartilaginous fishes thought to be safe from extinction, making them the most endangered group of vertebrates in the world. This is disturbing when you consider that this is also one of the oldest, most widespread and ecologically important group of vertebrates alive today as well.

Sharks are also a very international group, found all over the world and individuals of certain species known to travel long distances across international waters. This is why Land Shark’s involvement in shark conservation is important.

Florida is a great place to experience sharks, too. Diving with sharks if done with a reputable business is a safe and ethical way to see the fishes relatively close and on their own terms. It’s also exciting because there’s no guarantee which sharks (or other wildlife) you might see on a dive, animals or course, come and go as they please, with some sightings being more likely than others.

According to the University of Florida, there are twelve species of sharks common to the waters off the coast of Florida. Sharks in the area range from the iconic tiger shark and scalloped and great hammerhead sharks to the sharp nose shark that only reaches two to four feet in length. The sandbar shark migrates to Florida’s sandbars to mate in early spring, often staying into October. Brightly colored lemon sharks are protected and are common catch and release sharks in Florida.

Bull sharks tolerate fresh water better than many of their cousins and sometimes swim far upstream in rivers like the Amazon and Mississippi, they’re also found off Florida. Bonnethead sharks swim continuously and are a shy shark, harmless to people.

These are just some of the sharks found off Florida and a small chunk of the more than 500 shark species swimming the world’s oceans ranging from less than a foot long to the enormous whale shark. Diving with a few sharks gives only a tiny glimpse into an amazing world of fishes that predate humans by a few hundred million years and live in a world we usually only skim along the surface of. A glimpse of that world, however brief, can be enticing.

If a high adrenaline shark diving trip isn’t your thing, there’s still plenty everyone can do to learn more about sharks and plenty of organizations working on behalf of these amazing animals. You can directly support those charities or even just crack open a beer to enjoy on the beach and consider the beautiful life out beneath the waves, including sharks.