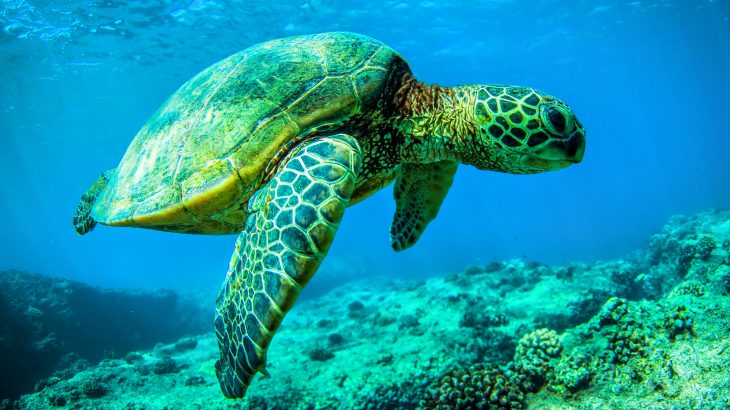 Each year, thousands of juvenile loggerhead turtles set out on a journey across the Pacific Ocean from Japan to Baja California, where they feed on red crabs. Little is known about this migration, which involves thousands of miles and as much as two decades or longer.

An international team of scientists led by Stanford University has discovered new details about the epic migrations of loggerhead turtles. They have found evidence that intermittent passages of warm water allow sea turtles to cross inhospitably cold ocean barriers.

The findings could help inform conservation measures to protect sea turtles and other migratory marine animals.

“For decades, our ability to connect the migratory dots for this endangered species has remained elusive,” said study lead author Dana Briscoe.

“This work builds on the backbone of exceptional research about these ‘lost years,’ and for the first time ever we are excited to provide evidence of a ‘thermal corridor’ to explain a longstanding mystery of one of the ocean’s greatest migrants.”

Six of the seven sea turtle species are listed by the IUCN as vulnerable, endangered, or critically endangered.

The researchers set out to understand why some loggerhead turtles travel to the western coast of North America while others remain in the central Pacific Ocean. In addition, they wanted to know how sea turtles can cross a frigid zone called the Eastern Pacific Barrier when they are extremely sensitive to temperature.

To investigate, the experts created the largest dataset on satellite-tagged loggerhead sea turtles ever compiled. They used sophisticated remote sensing techniques and collected one of the first detailed records of sea turtle aging and stable isotope testing. The research was built upon decades of research by the team.

The researchers identified a “thermal corridor” from unusually warm sea surface temperatures that allowed the turtles to cross the Eastern Pacific Barrier to coastal foraging grounds.

The experts report that the corridor was present during the late spring and summer, and was preceded by early ocean warming in the months before it opened. Warming conditions may provide key environmental cues to sea turtles that the thermal corridor is opening.

As global warming continues, locations that were once impassable, like the Eastern Pacific Barrier, will open up to various species. This will increasingly shift the distribution and migratory patterns of creatures ranging from sea birds to white sharks, which will present new challenges. For example, loggerhead turtles could become more frequent victims of bycatch.

“Understanding how and why species like the North Pacific loggerhead move among habitats is crucial to helping them navigate threats,” said study senior author Professor Larry Crowder. “Emerging technologies and analyses can help illuminate these journeys.”