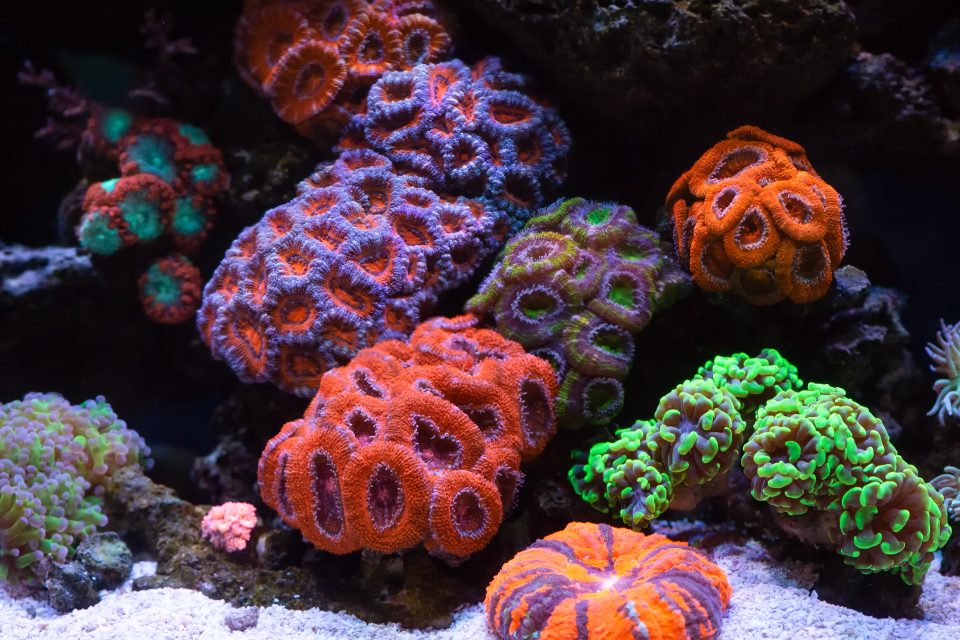 A new study from Penn State suggests that corals rely on iron in their environment to survive the stress of rising temperatures. The researchers found that the combination of warmer water and low iron levels impairs the growth and function of the microalgae that live within coral cells.

Iron levels are already limited and could decline even more as ocean temperatures continue to rise, which means that the lack of iron will compound the impacts of climate change.

“Corals are the foundation for one of the most important ecosystems in the world,” said study co-author Todd LaJeunesse. “They support significant amounts of biodiversity, protect our shorelines from storms, provide habitat for our fisheries, and boost our economies with their opportunities for tourism.”

“Climate change affects not only the coral, but also their symbiotic microalgae and the partnership between them. In this study, we explored two aspects of climate change – warming waters and altered amounts of trace metals like iron – on the algae.”

In a previous study, the Penn State team determined that the photosynthetic microalgae living within the cells of coral require high levels of iron to grow and function properly. These algae provide up to 90 percent of the coral’s daily nutritional needs.

“In this study, we found that limiting the available iron lowered the heat tolerances of two species of microalgae, which potentially could have cascading effects on the coral and on the reef ecosystem,” said study co-author and grad student Hannah Reich.

In the lab, the researchers investigated the simultaneous effects of high water temperatures and low iron levels on the growth of two species of microalgae, including one typically found in tropical waters and one from more temperate areas. Regardless of their native environment, both types of algae grew poorly at high temperatures with limited iron availability.

“High temperatures increase metabolic demands, which forces the microalgae to work harder to function properly,” said Reich. “It also increases dependence on processes that require iron, like photosynthesis and assimilating other nutrients. We found that under high temperatures, the microalgae needed more than five times as much iron to reach typical, exponential growth rates.”

Under the compounding pressures of low iron levels and hotter water, the algae became less efficient at photosynthesis, which likely contributed to a lack of growth. In addition, warmer temperatures affected the amounts of trace metals within the algae.

“These alterations could indicate differences in metal usage, likely affecting the biological functions in which they are used,” said Reich. “Notably, with limited iron, the more tropical species grew better and had less compromised photosynthetic ability at high temperatures and a larger reserve of many trace metals.”

“While it is important to understand how access to iron supplies can impact the ability of corals to respond to climate change stressors, there is still a dire need to reduce carbon dioxide emissions to combat the climate crisis.”

The study is published in the Journal of Phycology.