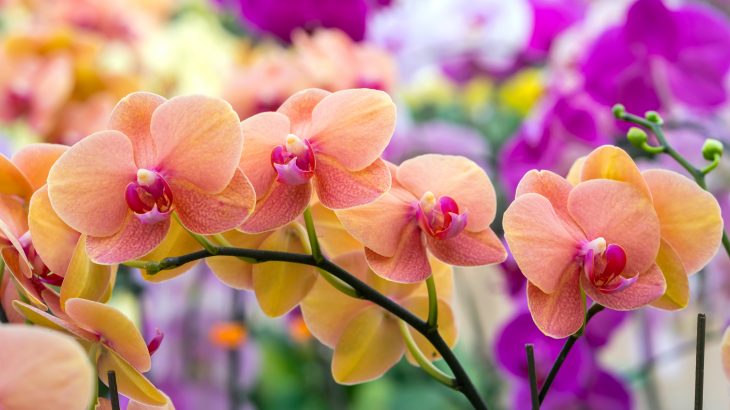 Scientists have demonstrated how artificial intelligence can be used to quickly identify endangered plant species. A team of researchers led by the German Centre for Integrative Biodiversity Research (iDiv) used an automated technique to pinpoint more than 4,000 types of orchids that are threatened with extinction.

“Overall, our results demonstrate that automated assessments have an important role to play in achieving goals of identifying the species that are at greatest risk of extinction,” wrote the study authors.

Orchids are economically important plants in horticulture, the pharmaceutical industry, and in the food industry. However, thousands of orchid species face immediate threats by land use changes and illegal harvesting, which means there is an urgent need to identify the most endangered species while there is still time to save them.

The most widely used set of criteria for evaluating extinction risk is the global Red List of the International Union for the Conservation of Nature (IUCN). These assessments are so exhaustive that they are only available for a fraction of the species worldwide.

Out of approximately 29,000 orchid species, only about 1,400 have been assessed by the IUCN Red List. To address this issue, the iDiv team conducted an automated conservation assessment with the help of machine learning algorithms.

“Deep neural networks are widely used in other fields such as image recognition, but they can also help with conservation assessments,” said Dr. Alexander Zizka. “With our method, we can incorporate additional aspects such as climate, geographic region or traits related to the respective species – and we can do this very fast.”

The researchers assessed the risk of extinction for almost 14,000 orchid species and determined that more than 4,300 are possibly threatened with extinction. The automated assessments identified endangered species with an accuracy of 84.3 percent.

The automated approach used in this study may be a model for other species. In particular, the method could be a valuable tool for understudied tropical regions that are biodiversity hotspots.

“A particular strength of our approach is that it can be trained for other taxonomic groups or regions,” said Zizka. “By doing so, it could speed up the conservation assessment of all species on Earth.”