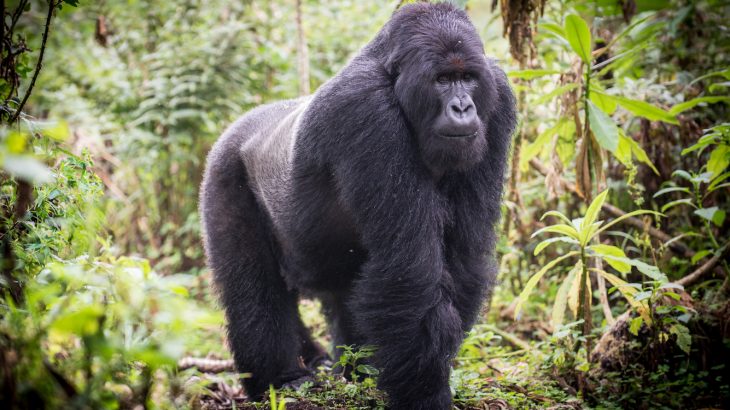 Males who take care of kids have more reproductive success

Anthropologists at Northwestern University have found that when male mountain gorillas spend a lot of time caring for kids they are more reproductively successful. The results of the study challenge previous assumptions that have been made about paternal care in gorillas and other primates.

In a previous study focused on wild mountain gorillas living in Rwanda, the team discovered that the males help take care of all the kids in their social group, which is very unusual for a mammal. The researchers set out to investigate the reason for this behavior.

Study lead author Stacy Rosenbaum explained, “Mountain gorillas and humans are the only great apes in which males regularly develop strong social bonds with kids, so learning about what mountain gorillas do and why helps us understand how human males may have started down the path to our more involved form of fatherhood.”

Study co-author Professor Christopher Kuzawa said that the findings contradict our typical image of male mountain gorillas as competitive and with reproduction in the group dominated by a single alpha male.

“Males are spending a lot of time with groups of kids – and those who groom and rest more with them end up having more reproductive opportunities,” said Professor Kuzawa. “One likely interpretation is that females are choosing to mate with males based upon these interactions.”

Rosenbaum added, “We’ve known for a long time that male mountain gorillas compete with one another to gain access to females and mating opportunities, but these new data suggest that they may have a more diverse strategy. Even after multiple controls for dominance ranks, age and the number of reproductive chances they get, males who have these bonds with kids are much more successful.”

According to Rosenbaum, the findings suggest an alternative pathway by which evolution might have eventually led to fathering behavior in humans. The researchers are currently investigating whether hormonal changes like those experienced by men when they become fathers may play a role in the behavior of male mountain gorillas.

“In human males, testosterone declines as men become fathers, and this is believed to help focus their attention on the needs of the newborn,” said Professor Kuzawa. “Might gorillas that are particularly engaged in infant interaction experience similar declines in testosterone?”

“Because this would probably impede their ability to compete with other males, evidence that testosterone goes down would be a clear indication that they must be gaining some real benefit – such as attracting mates. Alternatively, if it does not go down, this suggests that high testosterone and caretaking behavior don’t have to be mutually exclusive in mountain gorillas.”

“Dian Fossey first went to study these mountain gorillas in the 1960s hoping to further our understanding of human evolution,” said Stoinski. “More than 50 years later, the continued research on this population is still providing insights, not only on a critically endangered species, but also into what it means to be human.”