Mammals evolved to have more brain power instead of more babies • Earth.com 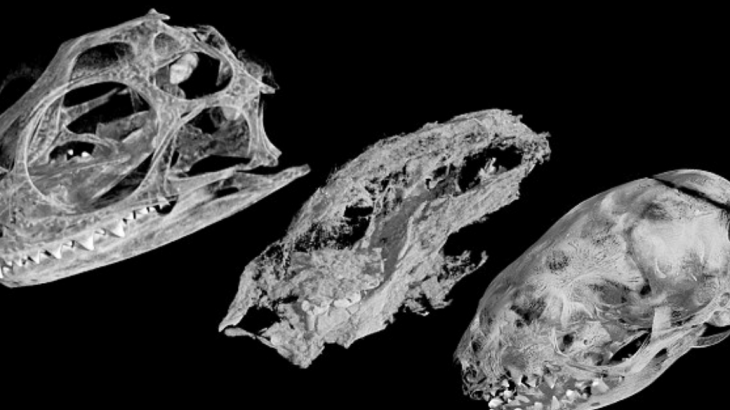 Mammals evolved to have more brain power instead of more babies

Researchers from The University of Texas at Austin have discovered the fossilized remains of a rat and its 38 offspring. The family, which dates back to the Jurassic Period, is a very rare find considering that mammals now have much smaller litters.

Today, mammals have the largest brains of all animals but produce some of the smallest litters of offspring. The rat uncovered in the study was found to reproduce in a manner like reptiles, which is confirmed by the fact that such a large number of babies would have had to develop in eggs.

“These babies are from a really important point in the evolutionary tree,” said Eva Hoffman, who led the study as a graduate student. “They had a lot of features similar to modern mammals, features that are relevant in understanding mammalian evolution.”

Professor Timothy Rowe was Hoffman’s graduate advisor and a co-author of the study. Professor Rowe had collected the fossil nearly two decades ago in Arizona as a single specimen – he no idea the babies were also contained in the rock.

Graduate student Sebastian Egberts noticed the first sign of the babies years later in 2009 when a speck of tooth enamel caught his attention.

“It didn’t look like a pointy fish tooth or a small tooth from a primitive reptile,” said Egberts. “It looked more like a molariform tooth (molar-like tooth) – and that got me very excited.”

The scientists identified a handful of bones inside the rock, but it took about seven years for CT-imaging technology to provide a visual of jaws, teeth, skulls,  and partial skeletons.

According to the researchers, the findings of this study suggest that the evolution of mammals involved trading large litters for brain power.

Kayentatherium wellesi, as the rat has been named, lived alongside the dinosaurs around 185 million years ago and belonged to an extinct species of plant-eaters.