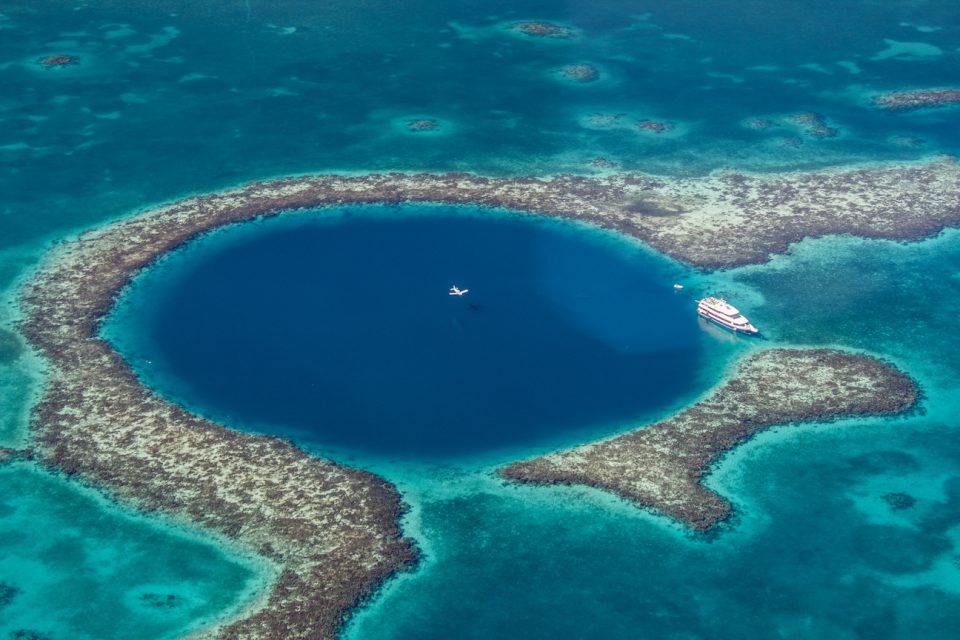 A three-week expedition to Belize has produced the first 360 degree map of the Great Blue Hole, a massive marine sinkhole that is 984 feet across and more than 400 feet deep. Equipped with two submarines and high-resolution sonar, the researchers explored the fascinating features of the sinkhole.

The sonar enabled the team to view features that were 20 or 30 feet away in perfect detail. The researchers found a conch “graveyard” created by thousands of shellfish that likely fell to their death and observed mineral formations called stalactites near the bottom of the hole that had never been seen before. 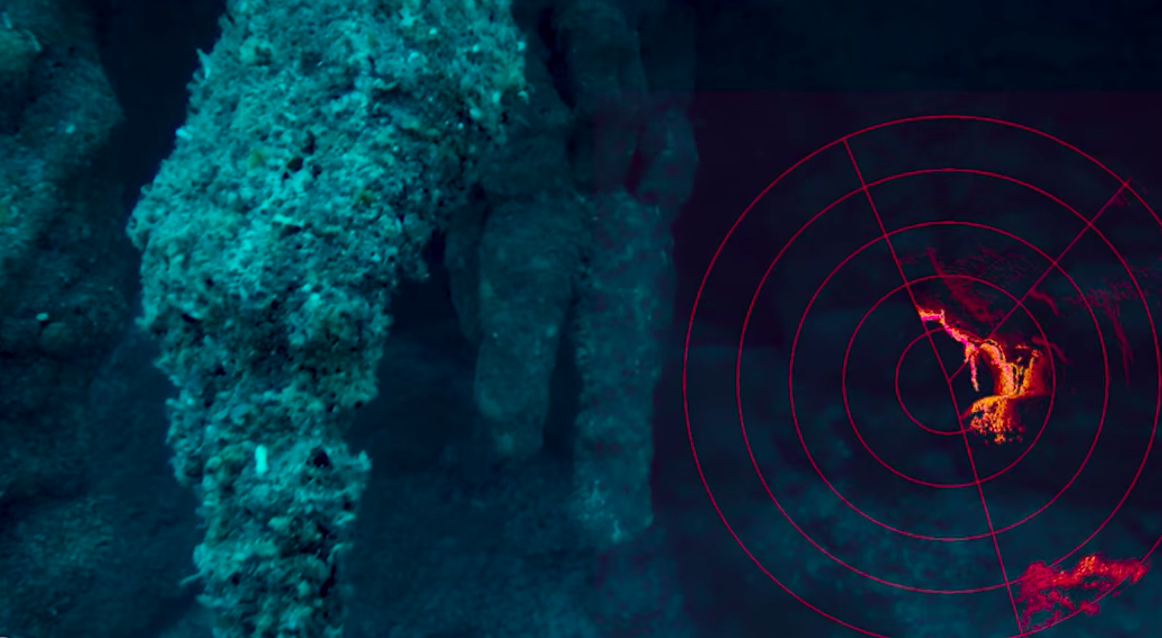 According to CNN, the team also discovered some intriguing tracks at the bottom of the sinkhole that could not be identified. Erika Bergman was the chief pilot, oceanographer, and operations manager on the expedition.

‘The aptly named Great Blue Hole is a collapsed cave, filled with stalactite caverns, and built up from layers of fine limestone and rougher calcium carbonate walls,” Bergman wrote on the website Southern Fried Science.

“With a variety of sonar heads, used sequentially over the course of the Expedition, we’ve been able to create a high resolution, three dimensional sonar image of the interior of the Great Blue Hole.” 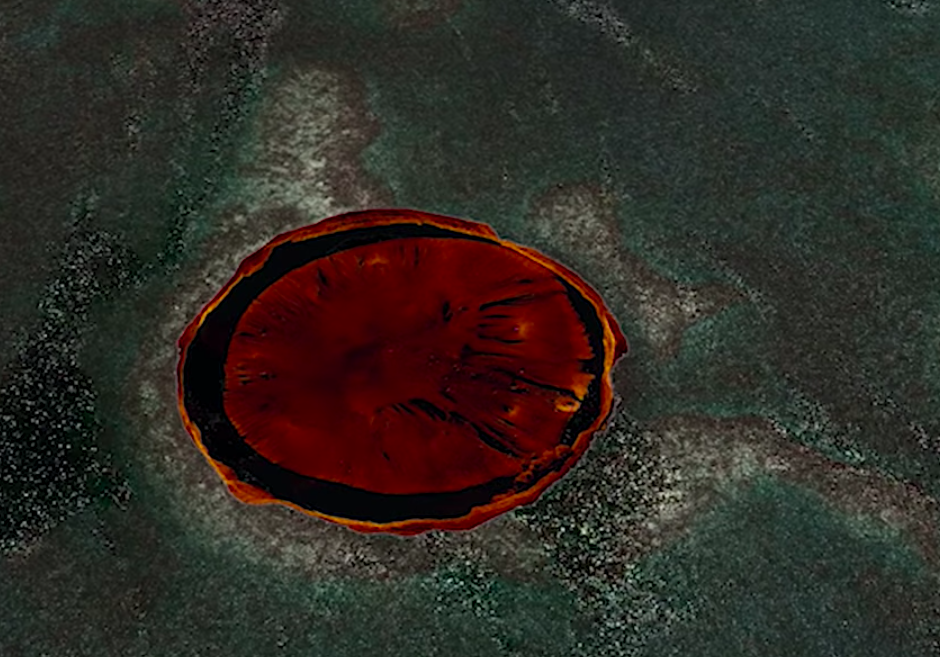 The Great Blue Hole also has a hydrogen sulfide layer around 300 feet down that blocks out any light, transitioning divers into total darkness. “You lose all of that Caribbean sunlight and it just turns completely black, and it’s totally anoxic down there with absolutely no life,” Bergman told CNN. 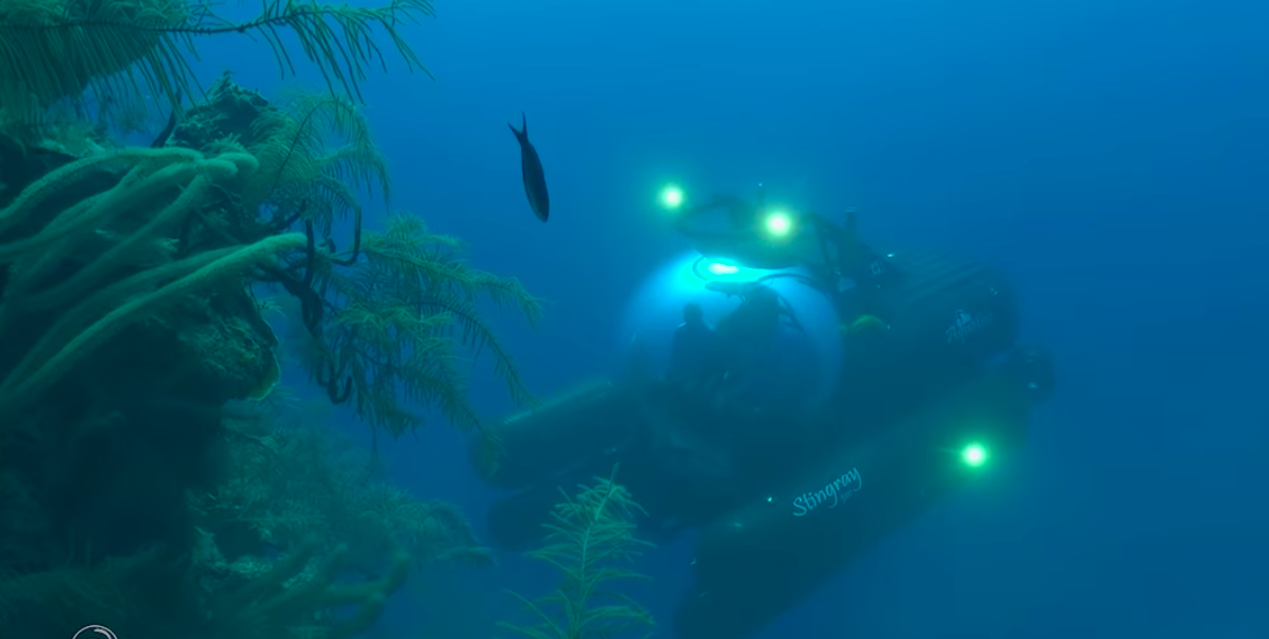 The research team included Fabien Cousteau, the grandson of French oceanographer and filmmaker Jacques Cousteau, who made this region famous in the early 1970s. The project was funded in part by Virgin founder and billionaire Richard Branson, who also joined the expedition.

The Blue Hole Belize 2018 Expedition was live streamed on the Discovery Channel on December 2, 2019.