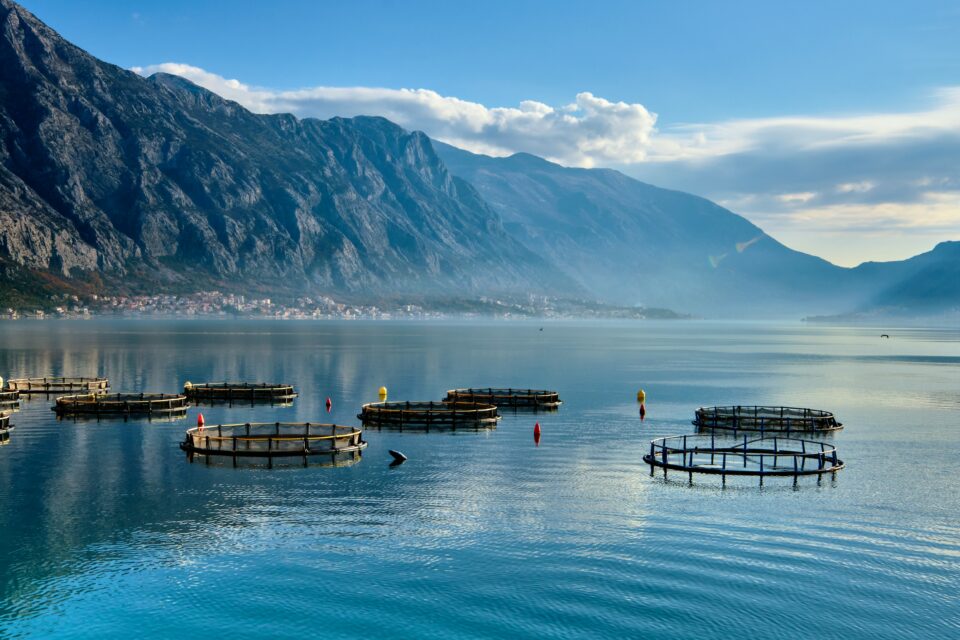 Food production is a major source of greenhouse gas emissions (GHG), thus contributing to climate change. In comparison to livestock farming, marine aquaculture, or mariculture, has a significantly lower carbon footprint. This means that mariculture is a more sustainable option than land-based food production.

A new study led by the University of Adelaide and the Nature Conservancy has investigated mariculture’s unique potential to sustainably feed a rapidly growing human population.

According to the researchers, mariculture already constitutes 52 percent of the aquatic animal products people consume. These high-protein products have a markedly lower carbon footprint than terrestrial ones and, unlike in the case of livestock grazing, they don’t require substantial land-use change such as deforestation to make room for cattle.

“The GHG emissions per unit of protein produced by aquaculture generally compare favorably with most livestock production,” reported the study authors.

In order to further improve marine aquaculture’s sustainability advantage, the scientists lay out additional ways to reduce emissions related to this sector. For instance, an increased focus on supply chain improvements could permit the transport of mariculture products to consumers with a largely improved GHG footprint. Relying on regional markets would be crucial and would also provide greater food security.

Furthermore, at the mariculture sites, there are several ways to reduce emissions, such as “co-farming bivalves with seaweed, which can lead to a net reduction in CO2 emissions, and co-farming fed finfish with seaweed or bivalves.” These measures would result in greater absorption of excess nutrients which would reduce eutrophication and the further degradation of marine habitats that already act as major carbon sinks.

In conclusion, the researchers hope that efforts to improve mariculture’s environmental benefits will support the development of climate-friendly practices that generate sustainable ecological, social, and economic outcomes.