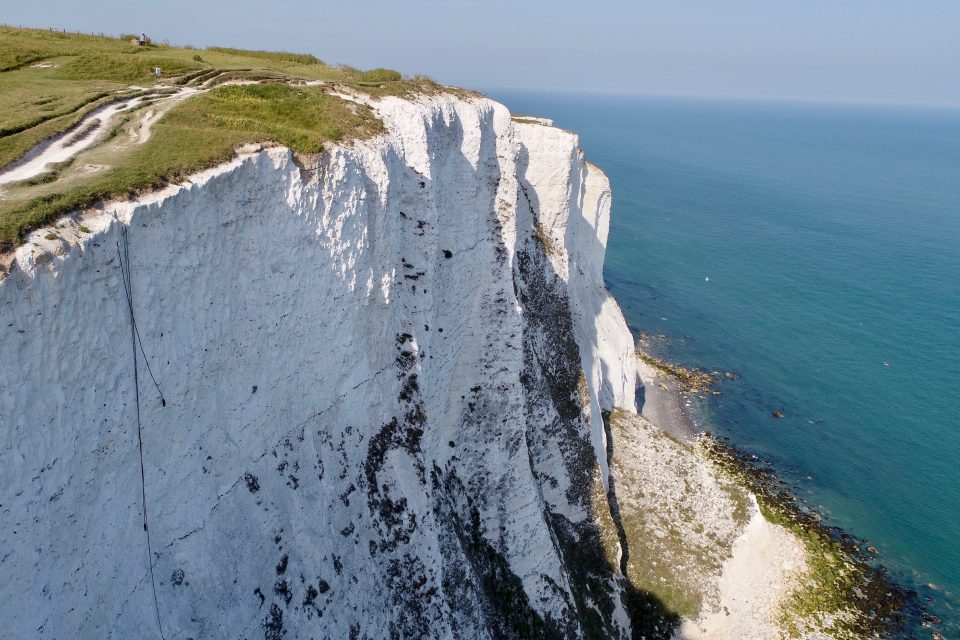 The term marine snow might sound like an oxymoron, but it’s the phrase given to the dead marine organisms that float to the bottom of the ocean and pile up over time.

This flurry of marine matter can resemble falling snow, and it plays a crucial role in capturing carbon and producing oxygen.

Over time, these deposits of matter form thick layers of carbonate. The White Cliffs of Dover in the UK are the perfect example of how these carbonate structures form over longer periods.

Because marine snow captures and stores carbon, carbonate helps cool the planet. And now, researchers from the University of Sydney have created a model of marine snow and carbon accumulation in the ocean over millions of years.

The model and its potential implications were described in a new study published in the journal Geology.

Understanding how marine snow settles on the ocean floor and the composition of carbonate layers are all important in helping to determine how marine snow will combat CO2 emissions in future years.

“Deep-sea carbonates represent a huge volume, so even small changes in the sequestration of carbonate carbon into this enormous sink are quite important for understanding net changes in atmospheric carbon dioxide and climate,” said Dr. Adriana Dutkiewicz, the study’s lead author.

The researchers analyzed and reviewed data from 50 years of sediment core samples and created a model of carbonate deposit formation starting 120 million years ago during the Cretaceous Period.

The model was also used to help show how marine snow impacts the Earth’s climate, and the researchers suspect that the main driving factor behind global cooling 50 million years ago was the growth of marine snow carbonate.

The amount of carbon stored in the sediment layers has increased through the years and today around 200 megatonnes of carbon are stored in the ocean’s carbonate layers each year.

“We need to understand better how the ocean’s capacity to store CO2 will be affected by future warming,” said Dietmar Muller, a co-author of the study. “Ocean acidity has increased by 30 percent since 1800, reducing the capacity of the ocean to store away carbon.”