Marine species are shifting away from the equator • Earth.com 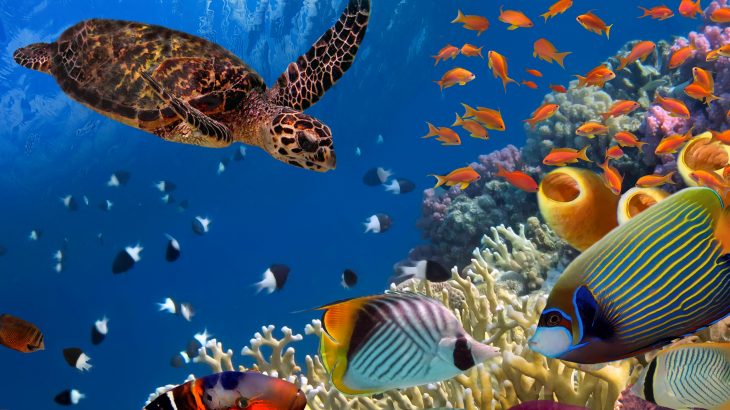 Marine species are moving away from the equator in response to rising ocean temperatures. A study focused on more than 300 aquatic plants and animals has revealed a clear shift toward the poles over the last century.

Compared to pre-industrial times, the oceans have heated up by an average of one degree Celsius. This warming trend has caused widespread changes in the distribution and population size of marine species.

“The main surprise is how pervasive the effects were,” explained study senior author Martin Genner of the University of Bristol. “We found the same trend across all groups of marine life we looked at, from plankton to marine invertebrates, and from fish to seabirds.”

Based on the findings of previous studies, Genner’s team predicted that most marine species would be thriving closer to the poles and struggling in the tropical waters near the equator.

By analyzing relevant datasets, the researchers confirmed their theory. The analysis showed that population declines have been the most prevalent at the equatorward side of species ranges. Meanwhile, increases in population abundance have been mainly documented at the poleward side.

The research indicates that marine creatures are not successfully adapting to their rapidly changing environment. The experts warn that latitudinal shifts among aquatic species will become even more severe as ocean temperatures continue to rise.

“This matters because it means that climate change is not only leading to abundance changes, but intrinsically affecting the performance of species locally,” said Genner. “We see species such as Emperor penguin becoming less abundant as water becomes too warm at their equatorward edge, and we see some fish such as European seabass thriving at their poleward edge where historically they were uncommon.”

“While some marine life may benefit as the ocean warms, the findings point toward a future in which we will also see continued loss of marine life.”

According to the study authors, further research is needed to determine how climate change has affected marine species on a global scale.

“We aim to get a better understanding of precisely how marine climate change drives abundance shifts,” said Genner. “Is this mainly related to the physiological limits of the species, or instead due to changes in the species with which they interact?”