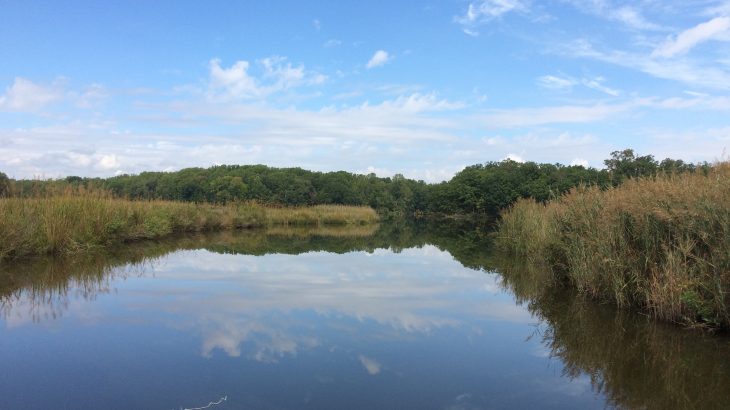 Scientists at the Smithsonian have found that marsh plants have a surprising response to higher levels of carbon dioxide. While it seems that plant stems would grow larger as more carbon dioxide is taken in, marsh plants actually produce more stems that are noticeably smaller.

“I don’t think anybody expected this,” said study lead author Professor Meng Lu. For years, scientists have observed that carbon dioxide bulks up the total biomass of marsh plants, so they naturally assumed that individual plants were also growing in size. “Everyone thought, okay, plants increased, biomass increased, so the height, width, all should increase. But that’s not the case in a marsh,” said Professor Lu.

At the Smithsonian Environmental Research Center (SERC) in Maryland, Professor Lu worked on a tidal marsh called the “Global Change Research Wetland,” which is home to one of the world’s  longest-running field experiments on climate change. The scientists have been tracking how marsh plants will grow in a world with carbon dioxide levels that are nearly twice as high as they are today.

For 30 years, experts at the Smithsonian have harvested the plants in experimental chambers, taking annual measurements of their total biomass, stems, roots, and other key traits. Based on this data, Professor Lu realized that in the high-carbon dioxide chambers, the biomass of all the marsh sedges increased by 20 percent. More stems were growing in thicker clusters, but the individual stems had unexpectedly shrunk in size by 16 percent.

The researchers determined that this unusual growth pattern was the result of increasing CO2 without increasing the availability of  nitrogen. “If we get more carbon, we need more nitrogen to feed the plants,” said Professor Lu.

Without additional nitrogen, the extra carbon dioxide causes the plants to spread their roots farther below ground in an attempt to draw more nitrogen from the soil. Because most marsh plants are “clonal,” which means they can reproduce by making copies of themselves, they naturally send up more stems above ground as their roots spread.

In chambers where the experts raised both carbon dioxide and nitrogen, the “shrinking stems” effect vanished. The extra nitrogen enabled the plants to grow more stems and to make those stems larger.

“We knew that giving plants more nitrogen favors shoot growth over root growth, and vice-versa for carbon dioxide, but we never considered what this means for the numbers and sizes of plants,” said study co-author Pat Megonigal. “We think that shrinking stems may be occurring in many other ecosystems with clonal plants.”

“Accelerating sea level rise is a threat to marshes worldwide,” said Megonigal. “The possibility that marshes will be able to trap more sediment at the same time is reason for a bit of optimism.”