Mercury levels in fish may rise with global temperatures • Earth.com 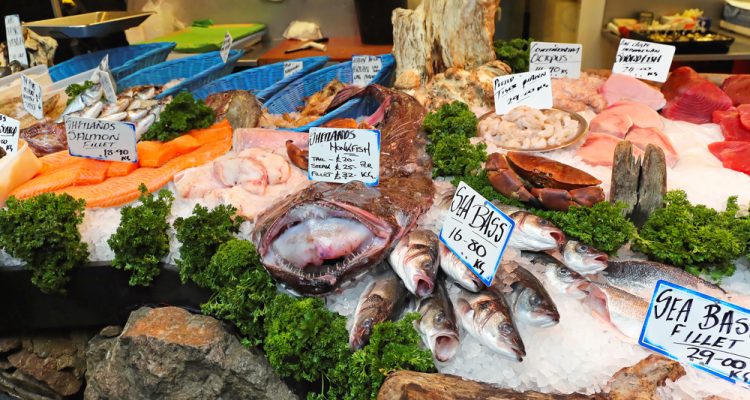 Mercury levels in fish may rise with global temperatures

The mercury is rising, in more ways than one. As ocean temperatures rise, they may be dragging mercury levels in fish along with them, scientists discovered in a new study.

Climate scientists have recorded steadily rising surface air and ocean temperatures for the past several years. Climate change has already been linked to an ongoing drought in East Africa. One study showed extreme drought linked to global warming had the potential to cause another Dust Bowl.

But new studies are showing that warmer air has also been linked to extreme rainfall events. Along with flooding and crop damage, heavy rainfall can lead to toxic seafood, a team of Swedish scientists has discovered.

And all that rain brings runoff.

At issue is the amount of mercury that already exists in coastal waters.

“The input of mercury (Hg) to ecosystems is estimated to have increased two- to fivefold during the industrial era, and Hg accumulates in aquatic biota as neurotoxic methylmercury (MeHg),” the research team wrote in their study.

In some places, mercury levels are even higher. For example, the San Francisco Bay has high mercury levels, not just from the usual sources but from the 1849 Gold Rush. Hydraulic mining operations used mercury to process ore, and that mercury washed in enormous amounts down rivers to the bay.

Now, rainfall could wash organic matter from inland down those rivers and others around the world. In coastal waters, that organic matter can react with mercury to create a powerful neurotoxin known as methylmercury.

That neurotoxin can accumulate in zooplankton in high amounts, the scientists said. As fish and other marine creatures eat the zooplankton, methylmercury builds in those animals. And as humans fish and eat their catch, it transfers again.

To test their theory, the researchers used a newly developed isotope tracer to monitor formation of methylmercury in runoff events at the Bothnian Sea, off the coast of Sweden. They found that increased runoff caused more organic matter to flow into the sea, and that encouraged bacterial growth. The bacteria, an added step to the sea’s food chain, caused methylmercury levels to spike, the scientists found.

According to the World Health Organization, mercury is highly toxic to humans when ingested. One of the most common ways it’s eaten? As methylmercury in fish.