Microplastics are interfering with natural carbon storage in the ocean • Earth.com 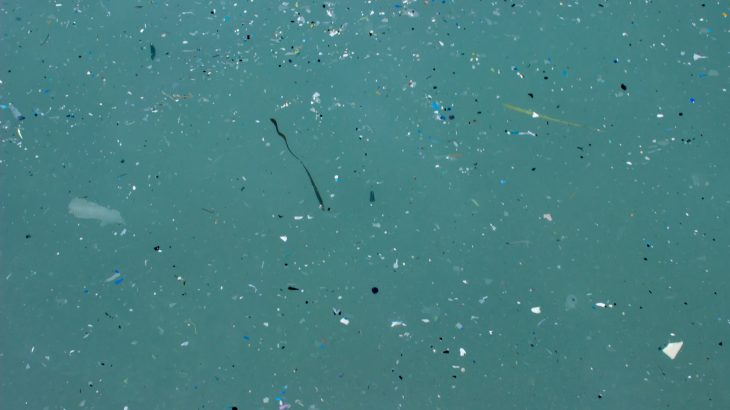 Microplastics are interfering with natural carbon storage in the ocean

Scientists are starting to uncover the extent of microplastic pollution in the world’s oceans and the many threats associated with these plastic fragments. Researchers at NUI Galway have now discovered that microplastics are contributing to global warming by interfering with important natural CO2 storage processes in the ocean.

Marine algae that absorb carbon dioxide are eaten by small creatures with gelatinous bodies known as salps. These jellyfish-like animals deposit the CO2 in their faecal pellets, which are usually heavy enough to sink to the ocean floor. This process traps the CO2 and prevents it from reaching the atmosphere.

However, the researchers found that plastic fragments are making the faecal waste lighter and more buoyant. As a result, the pellets float on the surface of the water for long enough that the CO2 can be reabsorbed into the atmosphere.

Lab experiments confirmed that the faecal pellets sank at a faster rate when they were not polluted with microplastics. The experts also determined that the salp waste has a direct impact on the amount of CO2 trapped in the ocean or released into the atmosphere.

The study is one of the first of its kind to examine how microplastics alter a physical ecological process.

“Our study suggests that salp faecal pellets will remain at the sea surface for longer when they contain microplastics and while there, they may get broken down causing the carbon dioxide to be re-released back into the ocean and atmosphere,” study lead author Alina Wieczore told The Times.

“These findings show that microplastics have the potential to lower the efficiency of one of the most important natural processes occurring within our oceans, that is, the biologically driven transport of CO2 to the sea floor.”