A lack of moisture in the air will intensify the effects of climate change • Earth.com 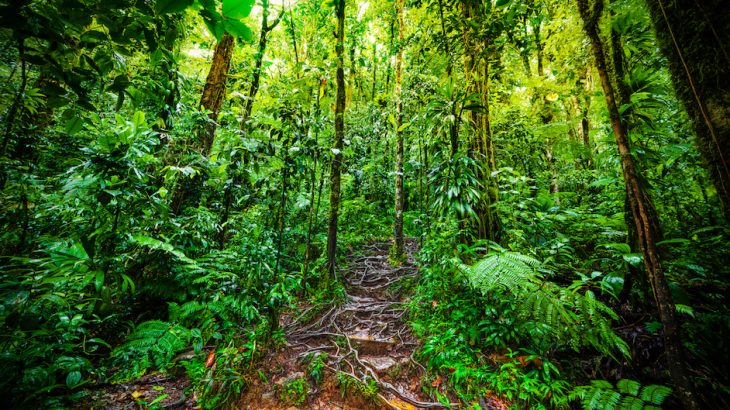 According to a new study from Peking University, land vegetation has become much less productive over the past two decades due to a lack of water in the atmosphere. The analysis of satellite imagery revealed that the progress of vegetation growth has stalled and even reversed across some regions.

To investigate, the researchers focused their study on vapor pressure deficit (VPD), which is the difference between how much moisture is in the air compared to the total amount of moisture the air can hold. Increasing air temperatures often correspond with rising VPD.

“Two years ago, we noticed global vegetation growth decreases starting from the late 1990s,” study lead author Wenping Yuan told Newsweek. “We tried to search for the causes (by looking at) temperature, precipitation and radiation. However, we failed to find strong evidence then.”

“One year ago, we were inspired by the linkage between global warming and atmospheric water vapor, and the assumption that VPD will increase due to rising temperatures. Saturation vapor pressure indicates the maximum water vapor that the atmosphere can potentially contain.”

The researchers explained that changes in VPD can have substantial impacts on ecosystems. For example, higher VPD can disrupt photosynthesis and suppress plant growth, which leads to higher mortality rates of vegetation and forests.

“This will make the soil and plants dry, and negatively impact vegetation growth. In addition, when the VPD increases, the plants will close their stomata in order to reduce water losses. Stomata are like gates between the atmosphere and the plant, through which carbon dioxide enters into the leaves. Carbon dioxide is a raw material for plant photosynthesis. However, stomatal closure with increasing VPD will substantially decrease the rate of CO2 entering into the leaves, and decrease photosynthesis as well as plant growth.”

The study showed that, in the late 1990s, atmospheric VPD had significantly increased on a global scale over land covered in vegetation. This reversed the vegetation growth that occurred between 1982 and 1998.

“We were excited to find substantial increases of VPD over the global scale – which means huge changes of atmospheric water vapor conditions – that has not been found before. Definitely, these changes will impact vegetation growth,” said Yuan.

“We also used process-based ecosystem models and machine learning methods to quantify and separate the impacts from atmospheric carbon dioxide concentrations and environmental variables on vegetation growth. The results show that increasing VPD since the late 1990s is a dominate cause for decreased vegetation growth.”

According to the researchers, the findings indicate that spikes in VPD over the last few decades may have significantly contributed to the forest mortality associated with droughts.

This is the first study of its kind to examine how VPD will impact the planet on a global level. Yuan pointed out that rises in VPD which coincide with climate change could have severe consequences.

“Increasing VPD negatively impacts plant growth. Decreased rates of vegetation growth will substantially reduce the ability of plants to absorb atmospheric carbon dioxide,” Yuan told Newsweek. “The CO2 concentration in the atmosphere will increase if other conditions do not change, which will result in a stronger greenhouse gas effect.”