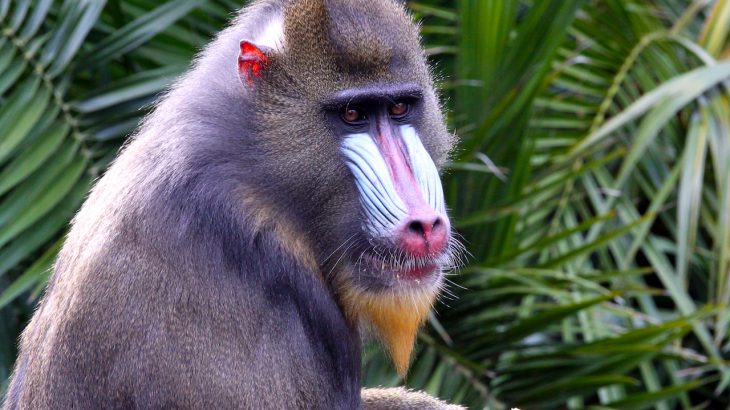 An international team of researchers has re-analyzed recordings of Old World monkeys to gain a better understanding of their language. The experts discovered that while the primates have a more complex communication system than expected, this language is still very restricted compared to that of humans.

With more than 130 species, including baboons and macaques, Old World monkeys are the largest family of primates. For decades, experts have studied communication within some of these species to investigate whether they may be capable of human language acquisition.

The current study has produced evidence that Old World monkeys can combine two items in a language sequence. For example, the animals can integrate two distinct speech items into the same message, such as a warning call about a specific predator accompanied by a command to run.

According to the researchers, however, this ability seems to be strictly limited to combining two speech items. By contrast, humans have languages that involve an infinite variety of sequences.

Study co-author and MIT linguist Shigeru Miyagawa explained that this means the two communication systems are fundamentally different. The research highlights a major gap in the cognitive ability of humans and our primate cousins, and places new emphasis on the uniqueness of the human language.

The putty-nosed monkey of West Africa has a general alarm call, known as “pyow,” and a specific alarm call to represent an eagle sighting, known as “hack.” The monkeys often combine the calls in “pyow-hack” sequences of varying lengths.

“The putty-nose monkey’s expression is complex, but the important thing is the overall length, which predicts behavior and predicts how far they travel,” said Miyagawa. “They start with ‘pyow’ and end up with ‘hack.’ They never go back to ‘pyow.’ Never.”

Miyagawa noted that it is very apparent that the calls are, in fact, made up of two items. “The other thing that is apparent is that they cannot combine more than two things.” Compared to the human language, he concluded, “there is a whole different system here.”

Miyagawa pointed out that when the Old World monkeys speak, they seem to use a part of the brain known as the frontal operculum. Human language is more strongly associated with Broca’s area, a region of the brain that appears to support more complex operations.

Miyagawa suggests that further comparison of the human language to that of other primates could shed new light on how our unique language skills evolved, perhaps about 100,000 years ago.

“There’s been all this effort to teach monkeys human language that didn’t succeed. But that doesn’t mean we can’t learn from them.”