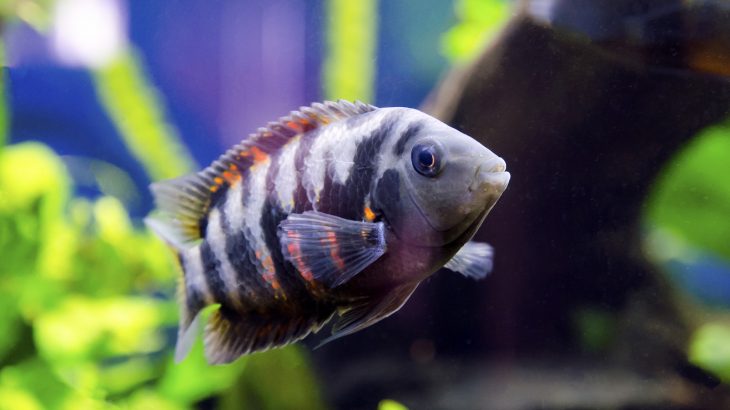 Among humans, pair-bonding relies heavily on the moods and feelings, or the affective state, of the two mates. In a recent study, a team of scientists set out to examine whether the affective states of other monogamous animal species may be equally important for reproductive success and pair stability.

The investigation was focused on the convict cichlid, a Central American fish that forms long-lasting pairs and collaborates closely as parents.

“In this monogamous fish species, the young are highly vulnerable to predation, and parents must coordinate their behaviors for several weeks, during which the young develop from eggs to independent fry,” wrote the study authors.

The researchers gave female convict cichlids a choice of two mates by separating the fish with mesh screens. The females were found to bond with their favorite males by engaging in courtship displays and swimming closer to them. Once the pairs had bonded, one of the male fish was removed. Out of 35 females, 18 were assigned their non-preferred male and 17 were assigned their preferred male.

The females were also trained to distinguish between two boxes placed in opposite corners of their tanks. The boxes had lids that were either black or white, and the fish learned which box contained food and which was empty based on the colors of the lids. These colors ultimately represented a positive or a negative signal to the fish.

To analyze the moods of the fish, the researchers introduced a new box into the tank with a neutral gray lid. A happy, optimistic fish would look in the box right away, while a pessimistic fish would show less interest and approach the box more slowly.

The experiment showed that the females who had been separated from their preferred partners were less motivated to explore the new box, while some showed no interest at all.

“In addition to the relationship between the presence of a female’s partner and her affective state, we observed that being paired with a non-preferred partner decreased compatibility between partners, the female’s investment in reproduction and the reproductive success of the pair,” wrote the study authors.

“Our results suggest that the relationship between affective state and pair-bonding has evolved not only in humans but also in at least one other monogamous species, the convict cichlid.”

“In humans, the influence of a partner on affective state is well established, but such a relationship has never been investigated in non-human species.”