Which U.S. states had the most lightning strikes in 2018? • Earth.com 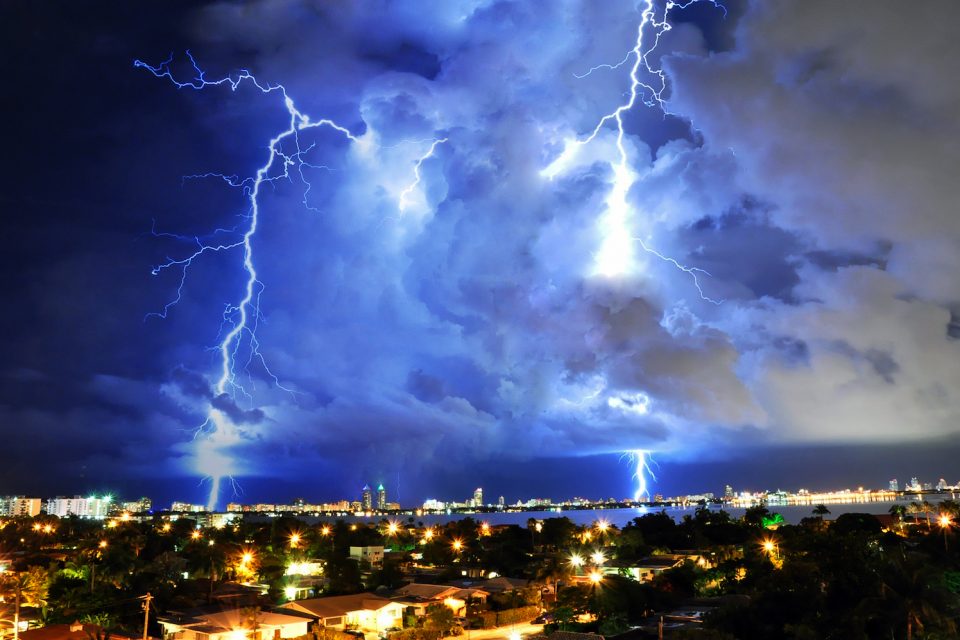 Which U.S. states had the most lightning strikes in 2018?

According to the Vaisala Annual Lightning Report, Florida and Texas had the highest number of lightning strikes last year. Overall, lightning flashes in the United States were 11 percent lower in 2018 compared to the ten-year average.

Oklahoma, Kansas, and Nebraska rounded out the top five with a combined total of more than 2.7 million lightning strikes. In addition, the Sunshine State topped the list for the highest flash density per square mile at 9.34.

Environmental measurement specialist Vaisala, which is based in Finland, uses data from its National Lightning Detection Network to generate the annual report.

Ryan Said, a lightning expert at Vaisala, explained that the lower number of lightning strikes was due to fewer big storms. “Specifically, there were fewer days with very strong air mass contrasts across the Central Plains and Upper Midwest during the spring and summer of 2018, which contributes to the severe weather season.”

This finding is consistent with reports that tornadic activity at the highest end of the Enhanced Fujita scale was lower in 2018.

The research was presented at the annual meeting of the American Meteorological Society in Phoenix.