Mothers talk more with their sons if they’re dissatisfied with their partners • Earth.com 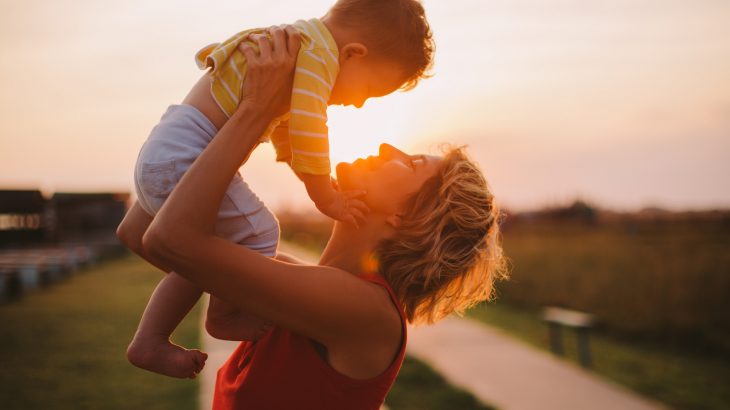 A new study from the University of Cambridge suggests that mothers focus more on bonding with their infant sons when their romantic partner is letting them down. The researchers found that moms spend more time talking to the babies when they are dissatisfied with their male partners, but this was only observed when the infants were boys.

While it has been well-established that new babies can put a strain on the parents’ relationship, the potential consequences for the child remain largely unknown. Furthermore, the effects of parent-infant talk can contribute greatly to a child’s early learning and development, yet this topic has also been understudied.

The Cambridge team set out to examine the connection between the quality of a couple’s relationship and parent-infant talk by analyzing interactions among 93 heterosexual couples and their first-born infants.

Parents were asked to report on the quality of their romantic relationship and to rate how satisfied they were. At the age of seven months, infants were equipped with a wearable “talk pedometer” that recorded parent-infant talk for a full day when both parents were at home.

The researchers used software that provided an automated analysis of the frequency of words spoken to the infant, as well as the rate of parent-infant “conversations.”

Notably, however, the disgruntled moms only seemed to engage in extra parent-infant conversations when the babies were boys, and not when they were girls. The content of these conversations was not analyzed, so it is not clear whether the moms were complaining or speaking positively with the babies.

“It’s possible that the mum is trying to compensate for the poor relationship she has with her partner by putting more time and effort into her relationship with her other close male social partner, her son,” said Dr. Elian Fink.

“What is particularly interesting is that mums only seem to compensate when they have infant sons, not daughters. It could be that mothers view their daughters as mini versions of themselves rather than of their partners.”

Fathers were found to initiate significantly fewer conversations with the infants, regardless of gender. On the other hand, the amount of time they spent talking to the babies was not correlated with the quality of the relationship they had with their partners.

“Even when dads spend more time around their infants, this doesn’t necessarily mean they are interacting with them more,” said Dr. Fink. “One possible reason may be that there’s still an imbalance in who responds to the basic care needs of their infant. So, for example, if it’s the mother who still shoulders the burden of changing the nappy, this at least offers an opportune time to engage in direct communication with her infant.”

The study is published in the Journal of Family Psychology.