Mushrooms may have become hallucinogenic to ward off predators • Earth.com 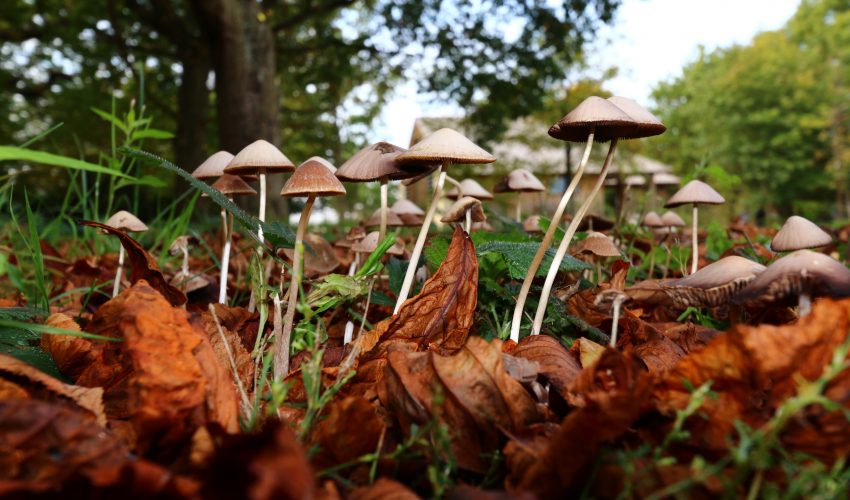 Mushrooms may have become hallucinogenic to ward off predators

Researchers at Ohio State University (OSU) are describing a possible explanation for why some mushrooms are hallucinogenic. The experts have found that the genes responsible for the psychedelic compound psilocybin may have been adapted as a defense mechanism against fungus-eating insects.

The research team analyzed three species of magic mushrooms and compared them to three related species that do not produce the mind-altering compound. They identified a cluster of five genes that the psychedelic mushrooms have in common.

The scientists believe that the genes may have emerged as the result of a process known as horizontal gene transfer, which is the movement of genetic material between organisms that is not vertically passed from parent to offspring.

According to the experts, horizontal gene transfer is not common in mushrooms, indicating that this transfer was likely a response to environmental stress. In this particular case, the scientists believe that an exchange of genes may have occurred due to the predominant presence of fungus-eating insects.

Jason Slot is an assistant professor of Fungal Evolutionary Genomics at OSU and the study’s lead author.

“We speculate that mushrooms evolved to be hallucinogenic because it lowered the chances of the fungi getting eaten by insects,” said Slot. “The psilocybin probably doesn’t just poison predators or taste bad. These mushrooms are altering the insects’ mind – if they have minds – to meet their own needs.”

The findings of this research may help in an effort that is already underway to identify the potential of psilocybin as a treatment for neurological diseases.