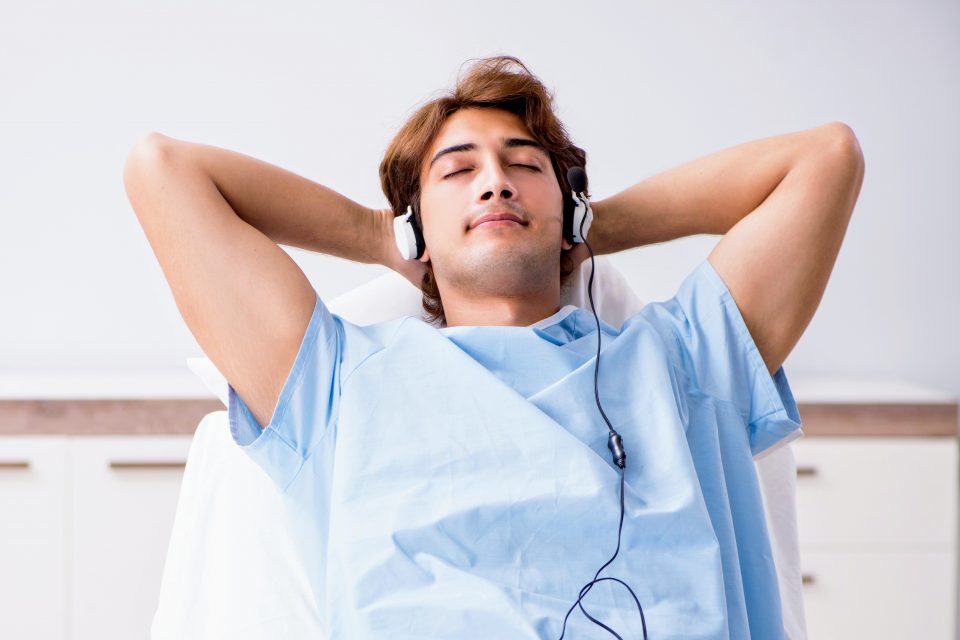 In a new report published by The BMJ, experts have found evidence that listening to music significantly reduces anxiety and pain after major heart surgery. The findings are based on a meta-analysis of relevant studies.

Heart surgery patients are often anxious before their procedure, and may experience severe pain afterwards, despite being given sedatives and strong pain relief, explained the researchers. They noted that since music has no risks or side effects like those associated with drugs, clinicians should recommend it to patients scheduled for major heart surgery.

Previous research has indicated that listening to music around the time of any surgery may help to relieve anxiety and pain. In the current study, the researchers set out to investigate whether music can help patients undergoing major heart surgery by reducing their apprehension, length of hospital stay, and their need for drugs.

The experts reviewed the results of 20 relevant clinical trials, which involved 1,169 patients. They also pooled data from 16 studies involving 987 patients.

The music, which was was most often provided to patients through headphones, was usually described as relaxing and free of strong rhythms and percussion.

The music sessions were either repeated several times on the same day or over several days. In some trials, the music was provided only after surgery, while it was provided before, during, and after the procedure in other trials.

Across the various studies, patients in the comparison groups received scheduled rest sessions, headphones with no music, breathing exercises, or standard care.

An analysis of the data revealed that listening to music significantly reduced anxiety and pain after major heart surgery.

However, patients who were only provided music before surgery did not experience reductions in pain. The researchers also found that several days of listening to music reduced anxiety for up to 8 days after surgery.

The study authors emphasize that several limiting factors need to be taken into consideration when interpreting the findings. For example, some of the trials involved only small numbers of patients. Furthermore, the timing, duration, and type of music varied widely across the studies.

According to the experts, further research is needed before definitive conclusions can be drawn. Regardless, they say that listening to music is a “promising” option for major heart surgery patients.

“Since music intervention has neither risks nor known side effects, but may have a positive effect on patients’ health outcomes, healthcare professionals should consider providing perioperative music for patients undergoing cardiac surgery.”

The study is published in the journal Open Heart.