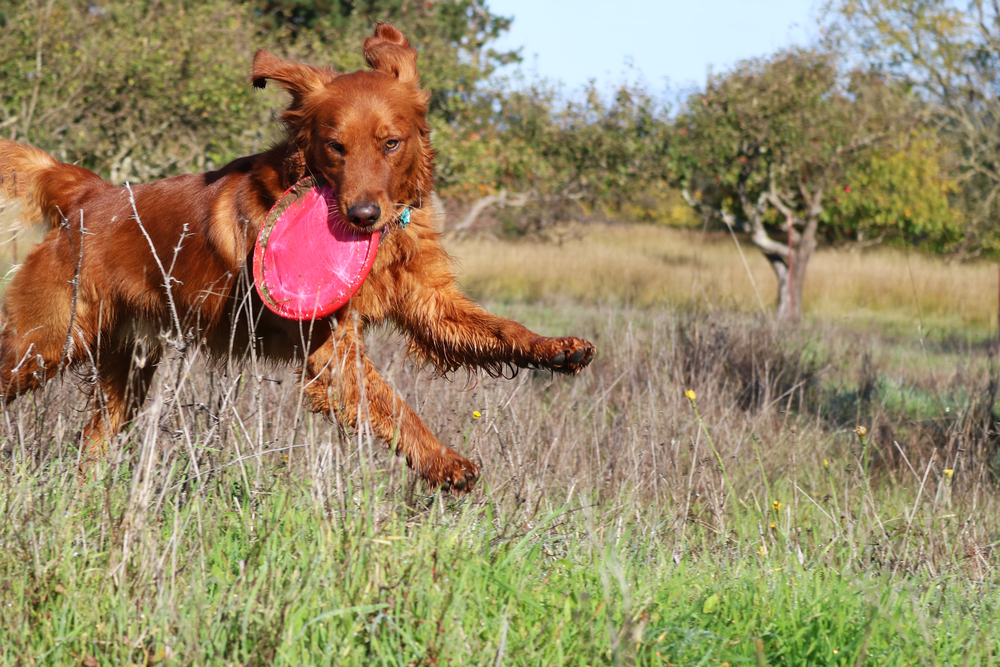 Want to make sure your pet pooch can keep up with your active lifestyle? The new Fitbark can help.

The health monitor is the doggy version of the popular Fitbit, the wearable tech that keeps humans on the move.

“We’re on a mission to get dogs and humans healthy together,” the website devoted to the device proclaims.

Fitbark is a bone-shaped clip-on for canine collars. It connects to a smartphone app, where owners can fill out information about their dogs for a better reading.

Then, the new Fitbark goes to work, monitoring your dog’s activity – through miles traveled and calories burned – and sleep patterns. It works with any mobile device that can connect to Bluetooth devices, as long as they’re running either iOS 8, Android 5, or above.

FitBark can be used with any dogs, according to the device’s creators.

“FitBark is so tiny that it won’t bother dogs of any size, including 3-pound Chihuahuas and 200-pound Leonbergers,” they wrote on their website.

It can even be used with cats, pigs, and other pets, but the app doesn’t provide baseline data for animals other than dogs, they said.

FitBark can also help to monitor some health conditions seen in dogs as they age, such as osteoarthritis.

The creators of FitBark are also using it to add to our understanding of dogs’ health. They’ve discovered some interesting trends in the data collected by dogs owners who have adopted the new FitBark tech.

For one, they learned that puppies only spend about 11 to 13 hours a day sleeping. Human babies, on the other hand, sleep an average 16 to 20 hours a day.

They found that Maltese dogs are more restless during fireworks, while beagles and golden retrievers tend to be calmer. They even found that 6 p.m. is the most popular time for people to walk their dogs, and Swiss dogs are the most active.