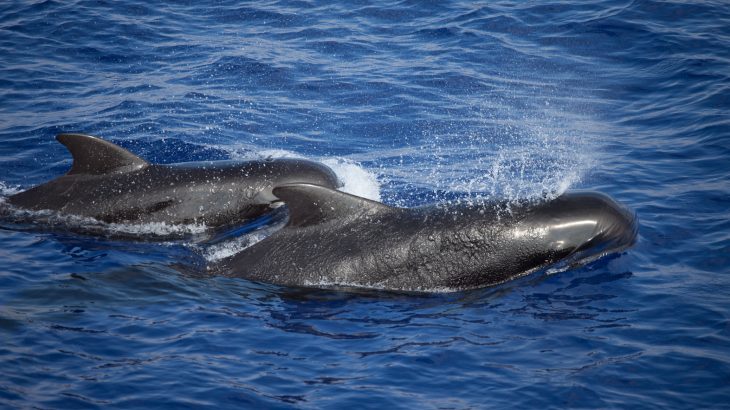 Researchers identify new subspecies of pilot whale in the Pacific

A team of Japanese whalers and scientists have successfully identified new subspecies of the short-finned pilot whale, a species of whale found all over the world from the Pacific and Indian to the North Atlantic Oceans.

Although it’s often been thought that the short-finned was its own unique species, the team has actually identified two “forms” of short-finned pilot whales, which populate the Pacific off the coast of Japan.

“You can’t manage animals globally without understanding their diversity,” said lead author of the study Amy Van Cise, a postdoctoral scholar at the Woods Hole Oceanographic Institute (WHOI). “If you think of a group of animals as a single species, and it turns out they’re not, you could wind up accidentally losing an entire subspecies without knowing it.”

This study, published in Molecular Ecology, is the first to examine the genetic diversity of these two forms of short-finned pilot whales.

Using marine mammal tissue archived at NOAA’s Southwest Fisheries Science Center, Van Cise was able to examine the entire global population structure of the short-finned pilot whale. She was able to extract over 700 DNA samples from the tissue archives and successfully identified two subspecies of the short-finned pilot whale merely separated by the expanse of the Pacific Ocean.

“You would expect to see a different subspecies of whale in each ocean basin — the Atlantic, Indian, and Pacific. That’s pretty common,” Van Cise said. “But what we found was that short-finned pilot whales in the Atlantic are the same sub-species as those living in the Indian Ocean and western Pacific.” However, those short-finned pilot whales living off the coast of Japan differed from the root species.

To determine that the Naisa and Shiho forms were uniquely different from the rest, Van Cise used small portions of the whales’ mitochondrial DNA (mtDNA) to study each form’s genetic divergence from the pack.

It’s thanks to the mtDNA that scientists can now dig deeper into unique species that may have been previously overlooked.

“[The Pacific expanse] seems to have separated these groups of whales for long enough that they diverged into two different types,” she explained. “That means continents and land forms may not have been as significant a barrier as we thought to this species’ evolution. Instead, the oceanic ‘desert’ in the Pacific might have been more important.”