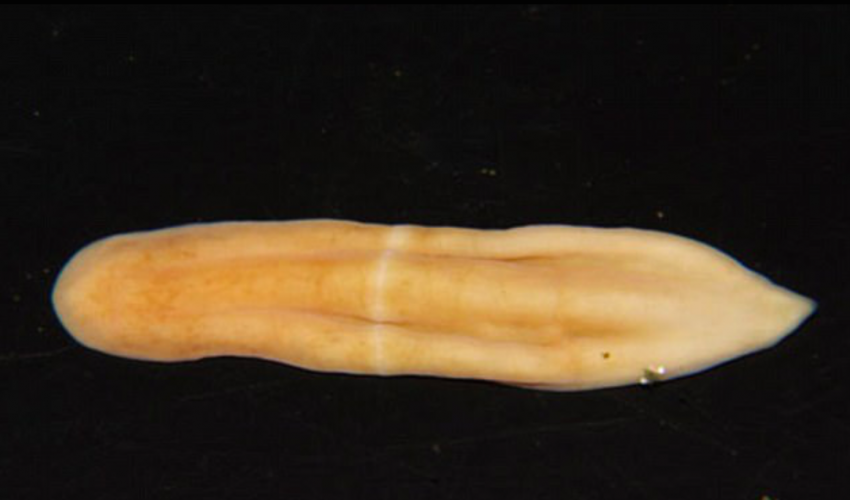 Researchers at the University of Tsukuba in Japan have discovered a bizarre creature on the floor of the Pacific Ocean that has no centralized nervous system, kidneys, or anus. The new species of worm may provide scientists with new insight on the evolution of internal organs.

While the pale orange worm, Xenoturbella japonica, is missing plenty of other features, it does have a mouth. This suggests that the digestive organ is a sac instead of a tube, according to the researchers.

To explore the biological characteristics and the origin of the new worm species, the team used microCT scans. The experts also extracted DNA and performed gene sequencing.

The scientists say that the new species may be related to the group Bilateria, which are bilaterally symmetrical and complex animals.

“Species within this genus have previously been divided into ‘shallow’ and ‘deep’ subgroups, and our results place X. japonica in the ‘shallow’ subgroup,” said lead author Hiroaki Nakano.

“Thus, features of this species may be ancestral for this genus, and this new species may be particularly important for unravelling the ancestry of Xenoturbella and the early history of the Bilateria,” she said.

Of the two worms examined by the researchers, one was a female which was approximately 5 centimeters long and the other was a young specimen which was only about one centimeter.

Despite the fact that the worms live as deep as thousands of meters below the surface of the sea, further evaluation of the species will be feasible because the region of the western Pacific where X. japonica was found is easy to access from a nearby marine station.

According to Nakano, “this new species may be particularly important for unraveling the ancestry of Xenoturbella and the early history of the Bilateria.”

The study was published in BMC Evolutionary Biology.