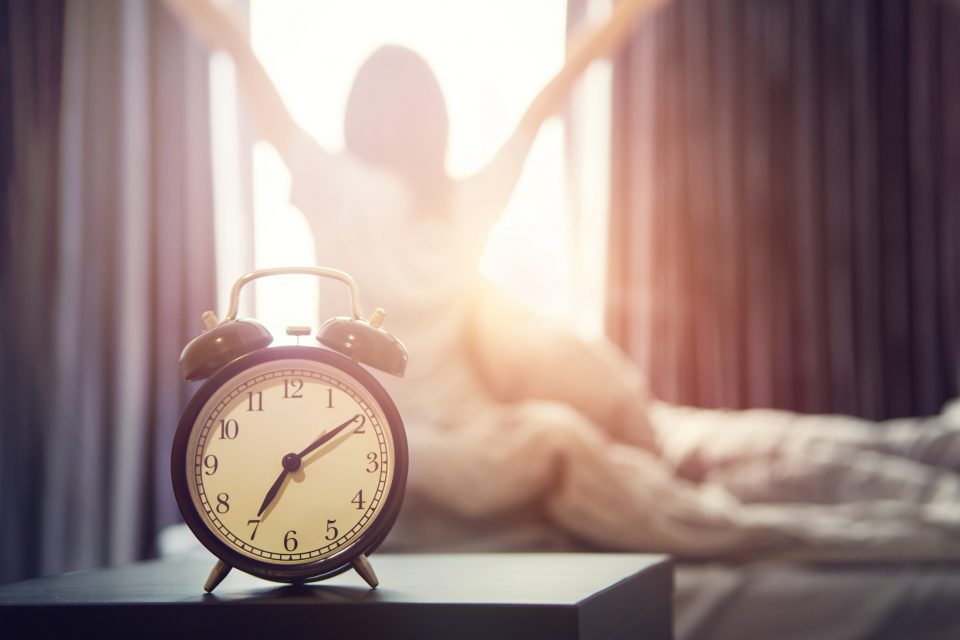 Night owls with extremely late sleeping and waking habits can reset their internal clocks without the need for pharmaceuticals, according to research led by the University of Birmingham. Study participants who shifted their circadian rhythms over the course of three weeks exhibited better eating habits, improved morning performance, and a reduction in symptoms of stress and depression.

“Our research findings highlight the ability of a simple non-pharmacological intervention to phase advance ‘night owls,’ reduce negative elements of mental health and sleepiness, as well as manipulate peak performance times in the real world,” study lead author Dr. Elise Facer-Childs from the Turner Institute for Brain and Mental Health at Monash University.

Disruptions in the sleep-wake cycle are tied to a number of health complications, including a higher risk of disease and mortality, reduced cognitive ability, mood swings, and poor physical performance.

“Having a late sleep pattern puts you at odds with the standard societal days, which can lead to a range of adverse outcomes – from daytime sleepiness to poorer mental well-being,” explained study co-author Dr. Andrew Bagshaw.

“We wanted to see if there were simple things people could do at home to solve this issue. This was successful, on average allowing people to get to sleep and wake up around two hours earlier than they were before. Most interestingly, this was also associated with improvements in mental well-being and perceived sleepiness, meaning that it was a very positive outcome for the participants.”

The investigation was focused on 22 healthy individuals with an average bedtime of 2:30 a.m. and wake-up time of 10:15 a.m. For three weeks, the participants were instructed to go to bed 2-3 hours earlier than usual and limit light exposure in the evening. They were also asked to wake up 2-3 hours earlier and maximize outdoor light during the mornings.

In addition, the individuals were told to maintain consistent sleep/wake times on both work days and free days, have breakfast as soon as possible after waking up, eat lunch at the same time each day, and to refrain from eating dinner after 7:00 p.m.

As a result, the participants developed a faster reaction time and improved physical  performance during the morning hours, and experienced a shift in their peak performance times from evening to afternoon. The new sleep routine also led to better mental well-being characterized by a decrease in feelings of stress and depression.

“We now need to understand how habitual sleep patterns are related to the brain, how this links with mental wellbeing and whether the interventions lead to long-term changes,” concluded Dr. Bagshaw.

The study is published in the journal Sleep Medicine.