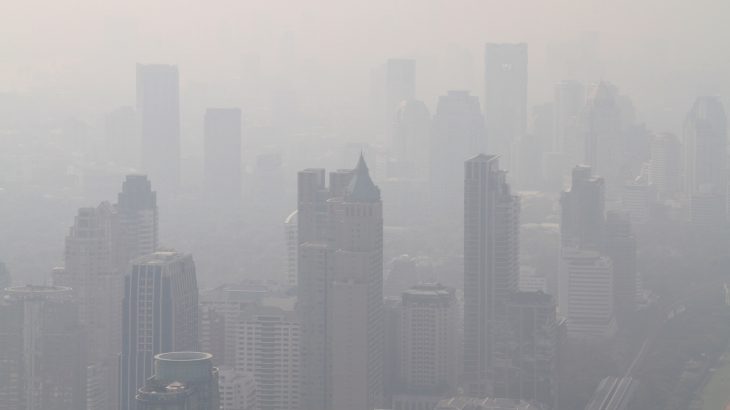 A shocking new report from the United Nations has announced that environmental pollution is to blame for the premature deaths of nine million people each year. The study, which was a collaboration among 250 scientists in 70 countries, found that one out of every four premature deaths worldwide can be traced back to pollution from human activities.

The authors of the Global Environment Outlook (GEO) warned that the epidemic is being driven by chemicals in our drinking water, the destruction of invaluable ecosystems, and deadly smog from toxic emissions. The six-year analysis also revealed that overconsumption, waste, and pollution in wealthier countries are disproportionately impacting poor countries in the form of food insecurity, poverty, and disease.

Meanwhile, the extreme weather events associated with climate change, such as superstorms and massive flooding, continue to threaten billions of people across the planet. Although global warming is being widely addressed by world leaders and experts, the potential health impacts of issues such as pollution and deforestation are not as straightforward.

According to the GEO, poor environmental conditions “cause approximately 25 percent of global disease and mortality,” with this number totaling around nine million deaths in 2015 alone. The report also said that 1.4 million people die each year from preventable diseases like diarrhea and parasites due to a lack of clean drinking water and poor sanitary conditions.

The largest number of deaths attributed to environmental damage was linked to air pollution, which prematurely kills between six and seven million people each year. In addition, the authors pointed out that deforestation and land degradation affect areas that are home to 3.2 billion people.

Joyeeta Gupta, GEO co-chair, told AFP: “If you have a healthy planet it supports not only global GDP but it also supports the lives of the very poorest because they depend on clean air and clean water. If you turn that around, an unhealthy system has massive damage on human lives.”

The experts suggested that while the situation is dire, it could still be helped. In a note to policymakers, the GEO authors wrote: “Urgent action at an unprecedented scale is necessary to arrest and reverse this situation.”

For example, one third of all the food produced worldwide is wasted. In wealthier countries, an average of 56 percent of food is being thrown away. Reducing this amount of food waste could drastically reduce the harmful emissions that are associated with food production.

“Everyone is saying that by 2050 we have to feed 10 billion people, but that doesn’t mean we have to double production,” said Gupta. “If we reduce our waste and perhaps have less meat you could immediately reduce that problem.” This, she said, would require changes in the way that we live.

The GEO was unveiled this week at the UN Environment Assembly in Nairobi.