How does nitrogen pollution affect marine life in the open ocean? • Earth.com 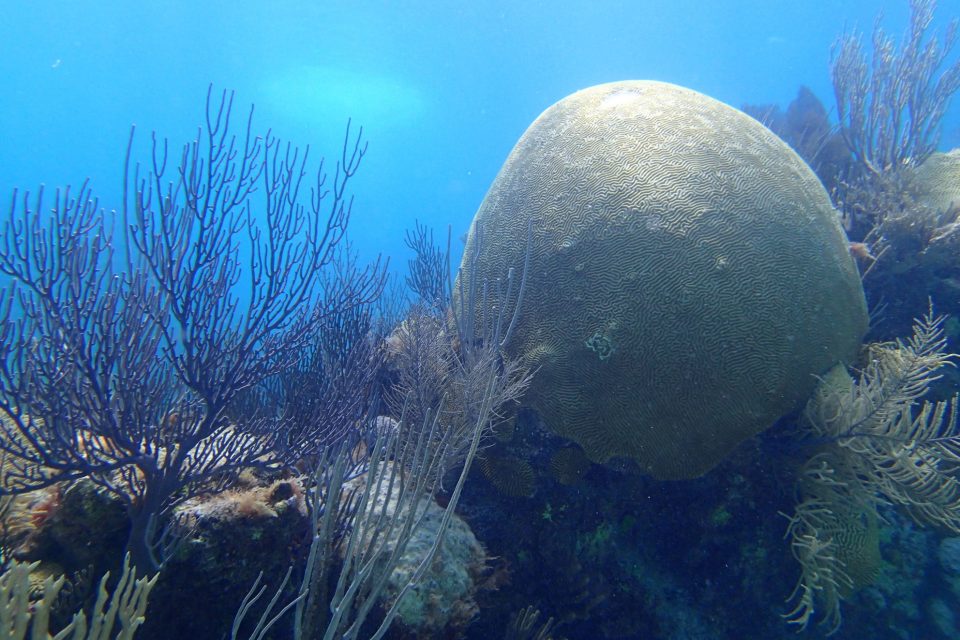 How does nitrogen pollution affect marine life in the open ocean?

A team of researchers led by Princeton University has investigated the impact of nitrogen emissions in the open ocean near Bermuda. While it is known that nitrogen-based fertilizers can be deadly for marine life near the shore, little is known about the effect of nitrogen pollution far out in the sea.

By measuring the nitrogen in the skeleton of a 130-year-old brain coral in the North Atlantic Ocean, the experts found significantly less nitrogen pollution than what was expected.

Xingchen “Tony” Wang conducted the research as part of his doctorate in Geosciences at Princeton, and is now a postdoctoral scholar at the California Institute of Technology.

“To our surprise, we did not see evidence of increased nitrogen pollution in the North Atlantic Ocean over the past several decades,” said Wang.

On the other hand, a previous study by the Princeton team detected nitrogen pollution in another open ocean site in the South China Sea. These elevated nitrogen levels coincided with a huge spike in coal production and fertilizer use in China over the past two decades.

In the current study, the researchers analyzed coral skeleton samples collected about 620 miles east of North America near Bermuda, which is a region that is thought to be strongly influenced by airborne nitrogen released from sources such as vehicle exhaust and power plants in the United States.

While the team found no evidence that nitrogen was on the rise from human activities, Wang said that there were variations in nitrogen that corresponded to levels expected from a natural climate phenomenon called the North Atlantic Oscillation.

The findings contradict the previously published computer model projections that predicted a significant increase in human-made nitrogen pollution in the North Atlantic. The research suggests that measures by the United States to combat the release of nitrogen could be effective.

“Our finding has important implications for the future of human nitrogen impact on the North Atlantic Ocean,” said Wang. “Largely due to advances in pollution technology, human nitrogen emissions from the U.S. have held steady or even declined in recent decades. If emissions continue at this level, our results imply that the open North Atlantic will remain minimally affected by nitrogen pollution in coming decades.”

Nitrogen in the form of fertilizer runoff can cause the overgrowth of plants and algae and severely damage ecosystems. One example of this is the development of marine “dead zones,” where oxygen becomes so depleted that there is not enough to sustain life.

When nitrogen is emitted into the atmosphere, the ocean water can be affected far from land. These impacts, however, are difficult to study.

“It has long been my dream to use the nitrogen in coral skeletons to reconstruct past environmental changes; thanks to Tony, we are now doing it,” said study co-author Daniel Sigman.