The composition of North American forests have been altered • Earth.com 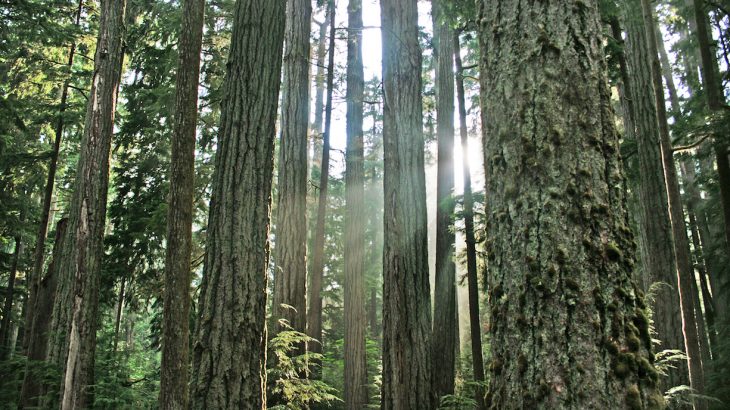 The composition of North American forests have been altered

According to a new study from the American Association for the Advancement of Science, the distribution of fungi associated with various forest trees has shifted over the past three decades in North America. This shift has been largely due to the impact of human activities including fire suppression, increased nitrogen deposition, and climate change.

The research team, which was led by Insu Jo from the Department of Forestry and Natural Resources at Purdue University, has determined that the changes in tree-fungi pairing have the potential to accelerate nutrient cycling and affect carbon storage across North American forests.

The cycling of nutrients such as nitrogen through forest soils and the diversity of plant life are significantly influenced by the symbiotic relationship between trees and fungi, which means that alterations can impact the health of the entire forest ecosystem. In North American temperate forests, the two main types of tree-fungi groups are arbuscular mycorrhizal (AM) and ectomycorrhizal (EM) trees.

The current study was focused on over three million trees in the United States. The team found that the abundance of AM and EM trees is primarily driven by climate differences.

The researchers concluded that an increase in temperatures and decrease in precipitation, combined with fire suppression and nitrogen deposition from sources such as chemical fertilizers, has increased the abundance of AM trees and made them more dominant in the eastern part of the country.

According to the study authors, the widespread shift in the distribution of tree-fungi pairing has the potential to increase nutrient cycling, which could have significant consequences for how carbon and nitrogen are stored and released by North American forests.