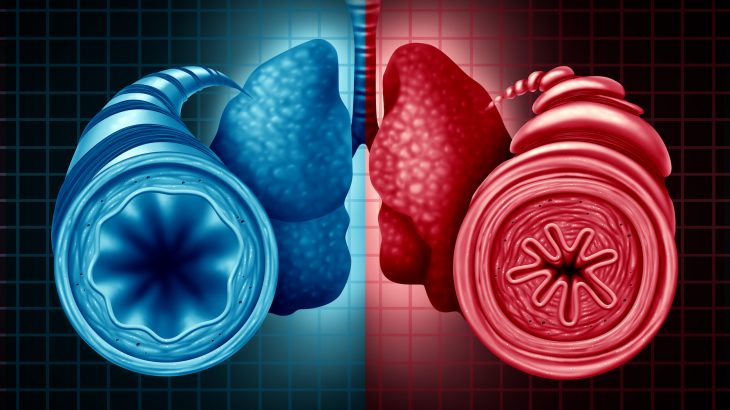 Collaborators from Duke University and the National Pediatric Learning Health System (PEDSnet) have found that obesity may be the cause of about a quarter (23 to 27%) of asthma cases in children who struggle to maintain healthy weight. In a study that looked at over 500,000 health records of children in the U.S., researchers conclude that about 10% of all kids aged 2 to 17 could have avoided an asthma diagnosis if they had kept their weight down.

For their study, published in the journal Pediatrics on November 26th, researchers looked at a total of 507,496 data sets from more than 19 million doctor’s visits at six major children’s health centers between the years of 2009 and 2015.

Researchers classified children as having asthma if they had been diagnosed at two or more doctor’s appointments, undergone lung function testing, and received a prescription, such as an inhaler. Kids within the data set were classified as obese if their body-mass index (BMI) was in the 95th percentile or above for their age range and sex.

They found that children who were obese were 30% more likely to develop asthma than their peers who maintained a healthy weight. And kids who were merely overweight had a 17% greater risk for developing asthma.

Jason E. Lang, M.D., associate professor of pediatrics at Duke and the study’s lead author, said, “Asthma is the No. 1 chronic disease in children and some of the causes such as genetics and viral infections during childhood are things we can’t prevent. Obesity may be the only risk factor for childhood asthma that could be preventable. This is another piece of evidence that keeping kids active and at a healthy weight is important.”

However, Lang noted that more experimentation must be done before any certain conclusion is made. This is because the study was not conducted within a controlled research environment, but rather collected data from doctor’s visits.

But, as it stands, obesity and asthma seem to be linked. As weight goes down, asthma often improves, and experts believe childrens’ respiratory system may develop differently when a child is obese.

“I think it’s reasonable to be concerned that it’s a causal relationship,” Lang continued. “It appears becoming overweight or obese as a child significantly increases your risk of developing asthma, and it’s a significant increase, directing attention again to the importance of preventing obesity at an early age.”