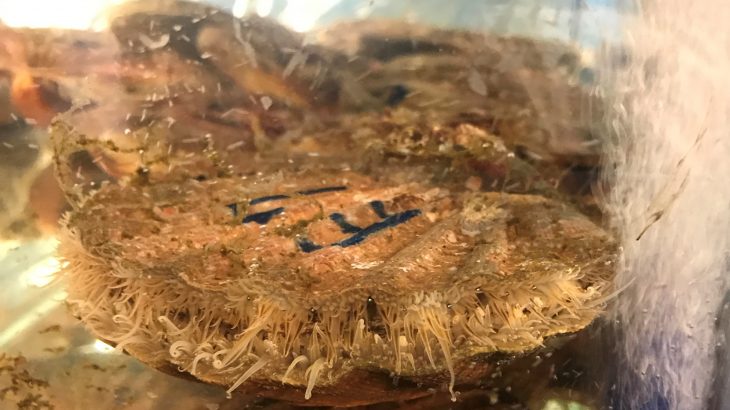 Shocking new research led by the University of Plymouth has revealed that marine organisms can absorb billions of plastic nanoparticles in a matter of hours. The study was focused on the great scallop, which is an edible saltwater species found in the northeast Atlantic Ocean.

The study, which was led by Dr. Maya Al Sid Cheikh, is the first to quantify the uptake of nanoparticles at predicted environmentally relevant conditions.

“For this experiment, we needed to develop an entirely novel scientific approach,” explained Dr. Cheikh. “We made nanoparticles of plastic in our laboratories and incorporated a label so that we could trace the particles in the body of the scallop at environmentally relevant concentrations. The results of the study show for the first time that nanoparticles can be rapidly taken up by a marine organism, and that in just a few hours they become distributed across most of the major organs.”

Professor Richard Thompson added, “This is a groundbreaking study, in terms of both the scientific approach and the findings. We only exposed the scallops to nanoparticles for a few hours and, despite them being transferred to clean conditions, traces were still present several weeks later.”

“Understanding the dynamics of nanoparticle uptake and release, as well as their distribution in body tissues, is essential if we are to understand any potential effects on organisms. A key next step will be to use this approach to guide research investigating any potential effects of nanoparticles and in particular to consider the consequences of longer term exposures.”

“Understanding whether plastic particles are absorbed across biological membranes and accumulate within internal organs is critical for assessing the risk these particles pose to both organism and human health,” said Professor Ted Henry. “The novel use of radiolabelled plastic particles pioneered in Plymouth provides the most compelling evidence to date on the level of absorption of plastic particles in a marine organism.”