Did ocean waves cause The Great Dying? • Earth.com 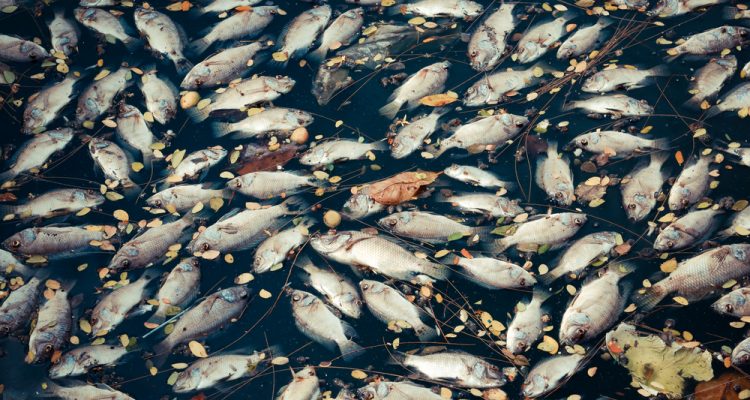 Did ocean waves cause The Great Dying?

Nearly 252 million years ago, our planet experienced something scientists have deemed The Great Dying. What happened during the event isn’t any more cheerful than its name; the Earth lost up to 96% of its marine species, as well as nearly 70% of terrestrial vertebrates.

Why these species died out is a question that’s baffled scientists for years. A new study has added yet another theory to the mix: could waves have caused this kind of mass extinction?

New evidence points to shoaling as a possible source of The Great Dying. Shoaling refers to the phenomenon that happens when waves grow taller as they reach shallow water while heading towards the shore. This causes changes in water density and velocity, stirring up the ocean floor.

Researchers believe that when the ocean floor became churned up, it stirred up sulfides that made the water uninhabitable for many ocean species. They aren’t sure why there would have been such a sudden increase in shoaling. They do know that sulfide is toxic to animals in high concentrations.

They also know that the area around Pangea – a former supercontinent – had high levels of sulfide on the ocean’s floor. The team, which included Yanen Shen from the University of Science and Technology of China, studied rocks found in what was once the Panthalassic Ocean. They collected rocks from areas near Canada and Japan and noted a mixture of various types of sulfur.

“The shoaling of sulphidic waters, therefore, would kill marine animals in the Permian-Triassic oceans,” said Shen in a statement. The team believes that the sulfur may have caused the mass extinction, as well as the recovery process that took nearly 10 million years.

“This study illustrates how environmental changes could have had a devastating effect on Earth’s early biosphere, and may have present-day relevance because global warming and eutrophication are causing development of sulfidic zones on modern continental shelves, threatening indigenous marine life,” the study authors wrote. Their findings were published in the journal PNAS.

Source: Yanen Shen, University of Science and Technology of China