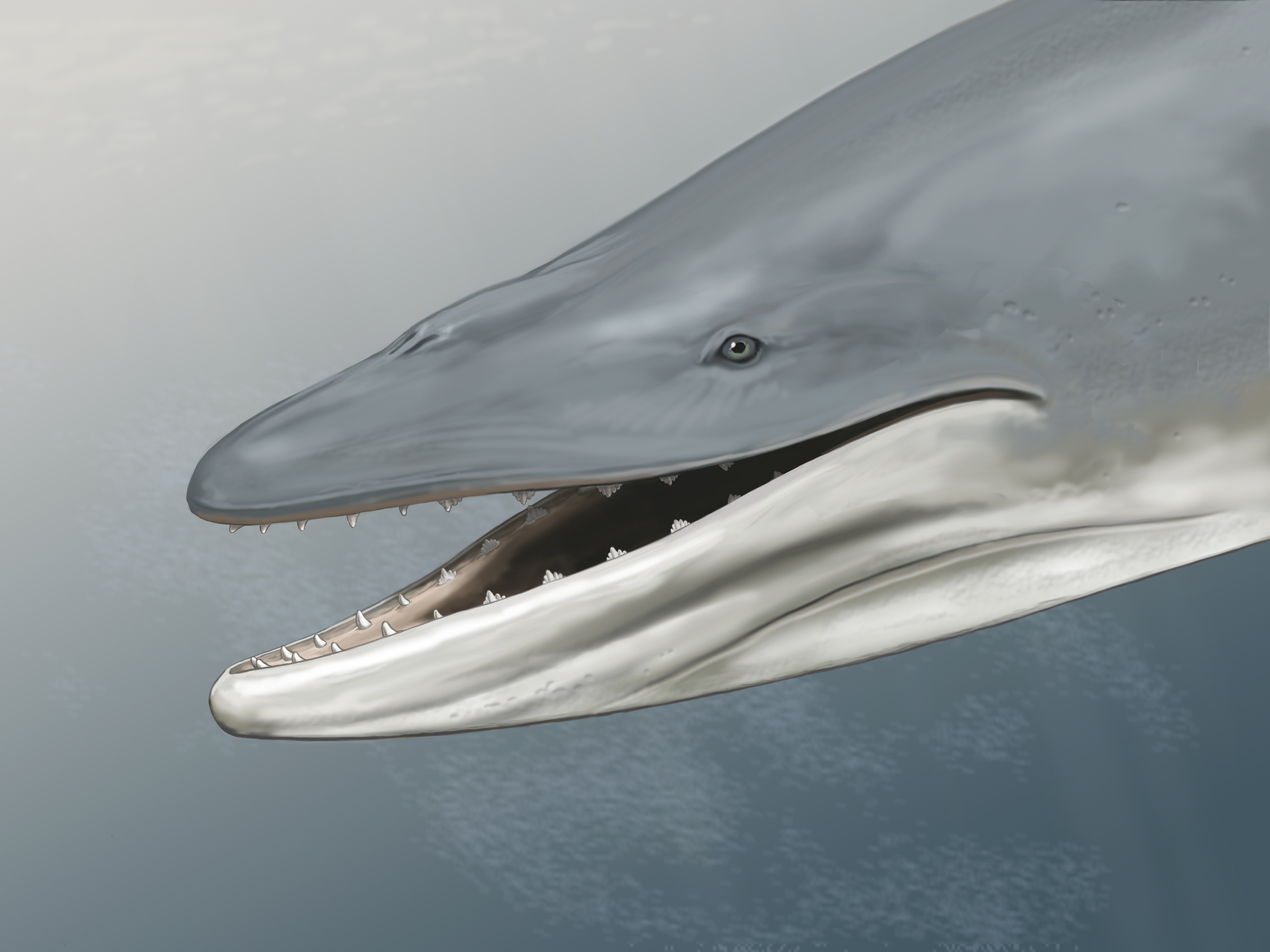 The remains of the second oldest baleen whale ever found has revealed that early whales may have not actually had baleen. The 34-million-year-old whale skull from Antarctica has well-developed gums and teeth, with no evidence of the baleen plates used in filter feeding.

Study co-author Felix Marx is a researcher at the Royal Belgian Institute of Natural Sciences.

“Llanocetus denticrenatus is an ancient relative of our modern gentle giants, like humpback and blue whales,” said Marx. “Unlike them, however, it had teeth, and probably was a formidable predator.”

Study co-author R. Ewan Fordyce added, “Until recently, it was thought that filter feeding first emerged when whales still had teeth. Llanocetus shows that this was not the case.”

Modern baleen whales, or Mysticetes, support their enormous body size by ingesting huge volumes of small prey and seawater, using baleen plates in their mouths as a strainer to hold the food in as the water is filtered back out.

Llanocetus had distinctive depressions on the roof of its mouth, which are characteristic of modern whales. These grooves usually indicate the presence of baleen, but in Llanocetus they gather around tooth sockets, suggesting that baleen would have been useless and would have likely been crushed.

“Instead of a filter, it seems that Llanocetus simply had large gums and, judging from the way its teeth are worn, mainly fed by biting large prey,” said Marx. “Even so, it was huge: at a total body length of around 8 meters, it rivals some living whales in size.”

The researchers theorize that large gums in whales like Llanocetus became more complex over time and eventually gave rise to baleen. This evolution likely happened after whales became toothless and switched from biting to sucking in small prey like many of today’s whales and dolphins.

The experts explained that baleen may have evolved as an improved method of keeping small prey from escaping the mouth.

Fordyce and Marx found that Llanocetus had sharp, widely-spaced teeth with markings which indicated they were used to bite and shear prey. The grooves, which are commonly interpreted as evidence for baleen, instead clustered around the bony tooth sockets.

According to the researchers, the findings of this study demonstrate that the evolution of filter feeding is not as straightforward as previously believed.

“The giants of our modern ocean may be gentle, but their ancestors were anything but,” said Marx. “Llanocetus was both large and a ferocious predator and probably had little in common with how modern whales behave.”