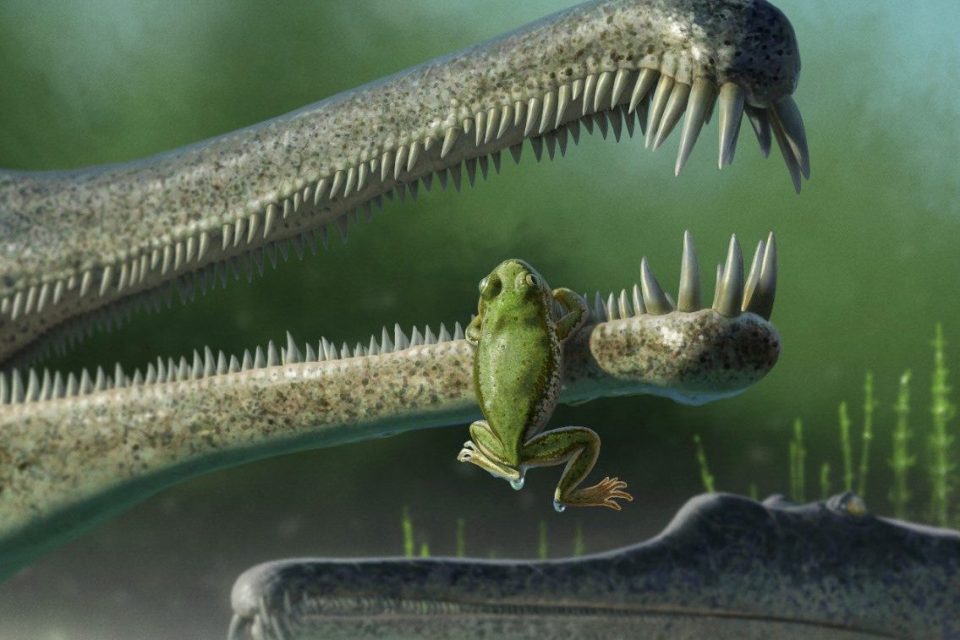 Paleontologists at Virginia Tech have identified the fossil remains of what may be the oldest frogs in North America. The fragments of Chinle frogs, which measure smaller than a pinky nail, represent the first known Salientia from the Late Triassic around 216 million years ago.

The scientists analyzed several small pieces of hip bones from Chinle frogs, which are indirect ancestors of modern frogs. The specimens were named after the Chinle Formation of Arizona where they were found in May of 2018.

“This new find highlights just how much there is still to learn about the Late Triassic ecosystem, and how much we find when we just look a little closer,” said study co-lead author Professor Michelle Stocker. “We’re familiar with the charismatic archosaurs from the Chinle Formation, but we know that based on other ecosystems, they should make up a small percentage of the animals that lived together. With this new focus we’re able to fill in a lot of those missing smaller components with new discoveries.”

The hip bones were long and hollow and had a hip socket that was offset rather than centered. Professor Stocker said that the bones were so small that the Chinle frog could fit on the end of your finger.

“These are the oldest frogs from near the equator,” said Professor Stocker. “The oldest frogs overall are roughly 250 million years old from Madagascar and Poland, but those specimens are from higher latitudes and not equatorial.”

Professor Sterling Nesbitt added, “Now we know that tiny frogs were present approximately 215 million years ago from North America, we may be able to find other members of the modern vertebrate communities in the Triassic Period.”