Scientists may have discovered the oldest relative of the great white shark • Earth.com 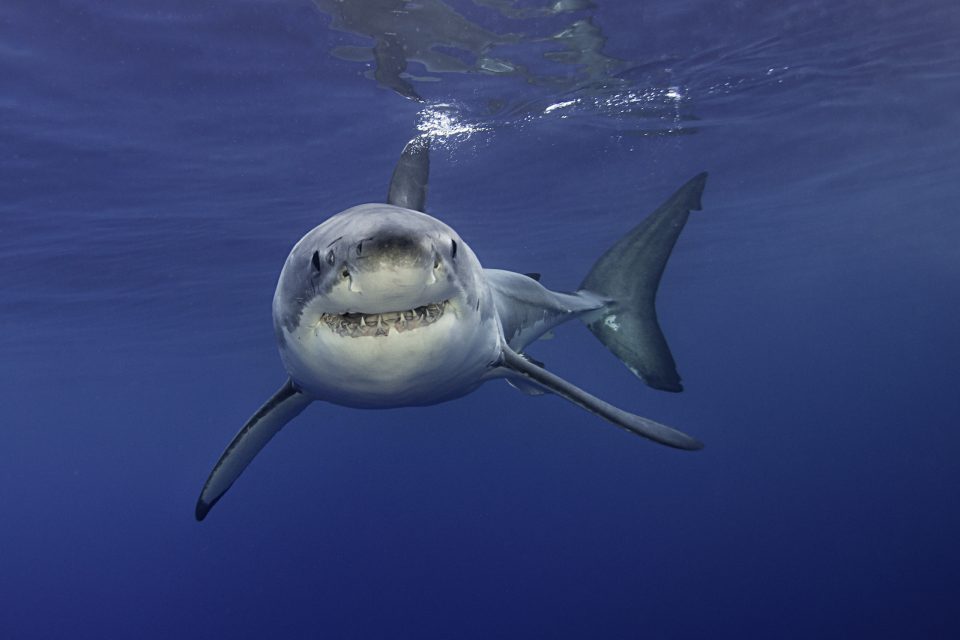 Researchers led by Patrick L. Jambura at the University of Vienna have traced back the origin of mackerel sharks to a small benthic shark from the Middle Jurassic that lived 165 million years ago.

The investigation was based on the discovery of a unique feature in the tooth composition of mackerels, a group which includes the infamous great white shark and Megalodon, the biggest predatory shark of all time.

Shark teeth are similar to human teeth because they are composed of two mineralized structures, including a hard shell like enamel and two types of dentine core. Osteodentine, which resembles real bone, can be found in the root, while orthodentine is very compact and is confined to the tooth crown.

The researchers used high resolution CT scans to examine the tooth composition of the great white shark and its relatives. They were surprised to find that the osteodentine of the roots intruded into the crown and replaced the orthodentine completely. This condition is not known from any other shark. 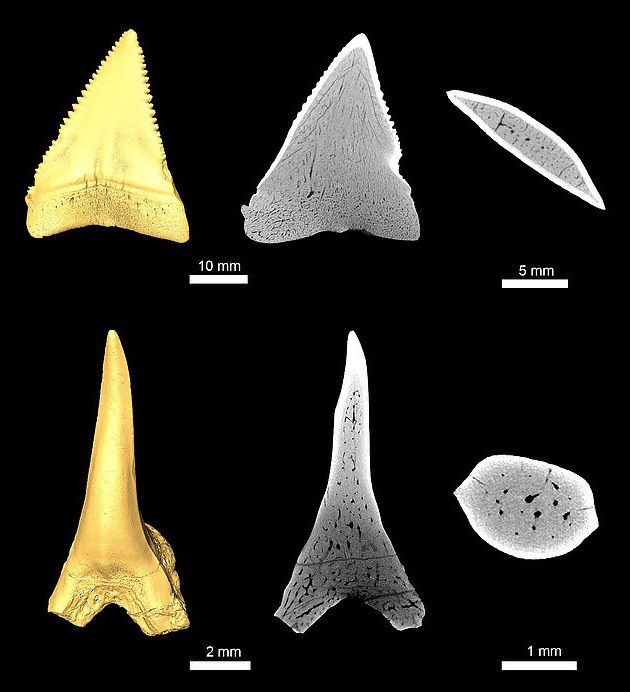 The team also examined the fossil shark Palaeocarcharias stromeri, which was a small, sluggish benthic shark that did not bear any resemblance in size to mackerel sharks. Their teeth, however, were known to be much like the sharp fangs of mackerels.

The researchers found that P. stromeri had the same unusual tooth composition as great white sharks and their relatives. The findings suggest that this small shark gave rise to one of the most iconic shark lineages.

“Orthodentine is known for almost all vertebrates – from fish to mammals, including all modern sharks, except for the mackerel sharks. The discovery of this unique tooth structure in the fossil shark Palaeocarcharias strongly indicates that we found the oldest known ancestor of the great white shark and shows that even this charismatic giant shark started on a shoestring,” said Jambura.