‘Our Planet’ delivers stunning images and an ominous warning • Earth.com 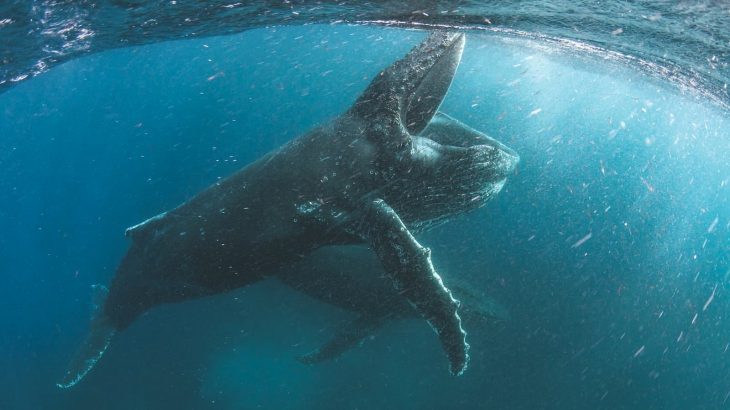 ‘Our Planet’ delivers stunning images and an ominous warning

Netflix’s Our Planet, an eight-part series, may seem like just your average nature documentary with stunning footage of sweeping forests, aerial shots of herds of elephants trekking across the Savanna, and schools of fish leaping from the waves.

None other than award-winning nature narrator Sir David Attenborough is the sole voice of the series, would may lead the casual viewer into thinking that it’s nothing you haven’t seen before in Planet Earth or Blue Planet.

These comparisons make even more sense when you see that the show was produced by Alastair Fothergill, who produced the first Planet Earth BBC series.

But while other series offer a glimpse at nature, Our Planet delivers a strong warning at a time when Earth has never been more vulnerable due to climate change.

This isn’t just an educational program leading you on a trip around seven of our planet’s vast ecosystems from forests to oceans. It’s a series that highlights how connected everything is, from the phytoplankton in the seas to the ants that march in droves across the jungle floor.

Through Attenborough’s soothing voice, we learn all life on Earth is connected and dependant on its respected habitats. Add a wrench to the mix, like deforestation, droughts due to climate change, or overfishing, and those delicate ecosystems are thrown out of balance resulting in habitat and species declines.

Research has shown that millions of plants and animals could soon face extinction directly related to human activities and climate change, but Our Planet gives you both a macro and micro perspective of how exactly ecosystems are being impacted.

In this way, Our Planet offers what few nature documentaries have before it, a chance to directly see the impact that humans are having on the natural world.

In Borneo’s jungle, we learn that orangutans take a long time to become independent apes, spending most of their early years observing and learning from their mothers.

We then hear that 100 orangutans die every week due to their jungle habitats being transformed into monocultures of oil palms and that the orangutans we just spent time getting to know could soon be the last generation to live in the wild.

Perhaps the biggest takeaway of the series is that what we do now to protect and manage our natural resources will determine the fate of all life on Earth.

As David Attenborough says in the first installment of the series, there has never been a more critical time to understand how our planet works. The first episode gives an overarching view of the series and delves into how the Earth’s climate systems and weather benefit different ecosystems as well as our globe’s incredibly rich biodiversity.

For example, off the coast of Peru we see masses of sea birds and dolphins diving in and out of nutrient-rich waters to feed on shoals of anchovies. The anchovies are an abundant food source thanks to wind patterns and ocean currents that bring nutrients to the region.

Cut to the vulnerable poles where the impacts of climate change are felt with increasing severity and the audience is presented with awe-inspiring footage of glacier calving where massive chunks of glaciers split and break off into the ocean.

Starting with a calving glacier in the Arctic helped anchor the primary message of the series — how human activities and climate change are reshaping the poles which, in turn, impacts global currents, wind patterns, climate systems, and weather patterns.

It was also an ambitious scene to shoot, and producers of the show contacted a glacier expert to find just the right calving event to film.

“The starting point was that we wanted to illustrate, through natural phenomena, climate change and that the Arctic is increasingly warming,” Keith Scholey, a producer of the series, told Huffington Post. “People have often filmed glaciers with bits falling off, but in the moment you’re referring to, when a huge skyscraper block breaks away and does that huge rotation, it’s never really been filmed properly before.”

The care and attention to detail shine through from the opening credits to the final shot. Our Planet was a mammoth undertaking that took years to film, involved 600 crew members, and was filmed in over 50 countries.

Each episode tackles a different ecosystem from jungles, to coastal seas, forests, and deserts and in each installment of the series, the majestic panning nature shots, aerial shots, and close-ups are unparalleled.

You’ll feel like you’re swimming along with dolphins on the high seas trying to evade their killer whale predators.

A harrowing scene of wildebeests being chased by cheetahs in the Serengeti will have you at the edge of your seat. In the polar north, you’ll see a mother sea lion look in vain for her pup which was triumphantly snatched up by a polar bear only to understand that the melting sea ice is making it harder for both sea lions and polar bears to thrive.

One of the more gruesome scenes involves walruses tumbling to their deaths from cliffs forced onto beaches in droves by the thousands due to retreating sea ice.

The famous scene, which has since raised questions about its relation to climate change, shows walruses bouncing, rolling, leaping, and plummeting to their deaths in an attempt to get back to the water.

It’s only one of the many shocking and uncomfortable moments in the series.

Our Planet invites the viewer to witness how our actions are changing the very landscapes we depend on for food, fuel, and medicine.

Climate change and human activities are taking the delicate balancing act that is mother Earth and throwing everything off kilter, forcing species to adapt to inhospitable habitats, driving species to extinction, and decimating marine ecosystems.

When priority is given to conservation, Our Planet also highlights how degraded habitats have a surprising resilience and can bounce back when given the chance.

Whether it’s Polynesian shark nurseries, increasing humpback whale populations, or the incredible transformation taking place in the Chernobyl exclusion zone where forests are overtaking the abandoned cities and buildings around the plant, wolves have returned, and animals are thriving in areas untouched by humans for years.

Our Planet’s message is certainly a call to action set against some glorious scenery. It’s an important message that must hit home if we are to mitigate the impacts of climate change, prevent mass extinction, and create a sustainable future for generations to come.