Pastoralists may have delayed the desertification of the Sahara • Earth.com 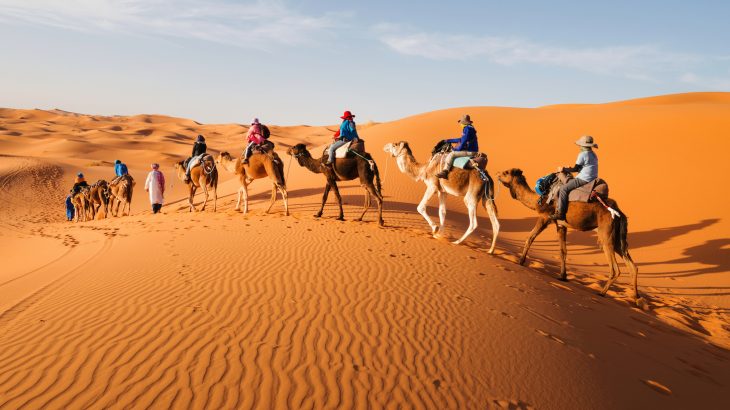 Pastoralists may have delayed the desertification of the Sahara

As recently as 6,000 years ago, the Sahara Desert was not a desert at all, but was more of a tropical region with grass and lots of rain. A new study has found that the transition to desert would have happened about 500 years earlier if not for the influence of hunter-gatherers and cattle-herders, also known as pastoralists.

“The fact that societies practicing ‘pastoralism’ persisted in this region for so long and invested both economically and ideologically in the local landscape, does not support the scenario of over-exploitation,” said Brierley. “Our study shows that increasing human population and sustainable pastoralism did not accelerate – and may even have delayed – the decline of the Green Sahara.”

The Sahara experiences long-term rotations between dry and wet climates as the shifting tilt of Earth’s axis changes the path of seasonal monsoons.

It was previously theorized that human activities accelerated the Sahara’s most recent transition from grassland to desert. The new findings, however, suggest that these activities actually delayed desertification.

“The possibility that humans could have had a stabilizing influence on the environment has significant implications,” said study lead author Chris Brierley. “We contest the common narrative that past human-environment interactions must always be one of over-exploitation and degradation.”

The team developed a model to predict when the African Humid Period should have naturally ended based on climate data. The model simulations revealed that the “Green Sahara” should have turned to desert 500 years sooner.

“This suggests that the inclusion of increasing elements of pastoralism was an effective adaptation to the regional environmental changes,” wrote the study authors. “Pastoralism also appears to have slowed the deterioration caused by orbitally-driven climate change.”

“The spread of domestic animals across the Sahara occurred at a time of increasing climatic instability, and yet, these pastoralist populations thrived,” said Manning. “It is likely that strategies used by contemporary traditional herders, such as seasonal movement and selective grazing, were also used by these early pastoralists, helping to maintain an otherwise deteriorating ecosystem.”