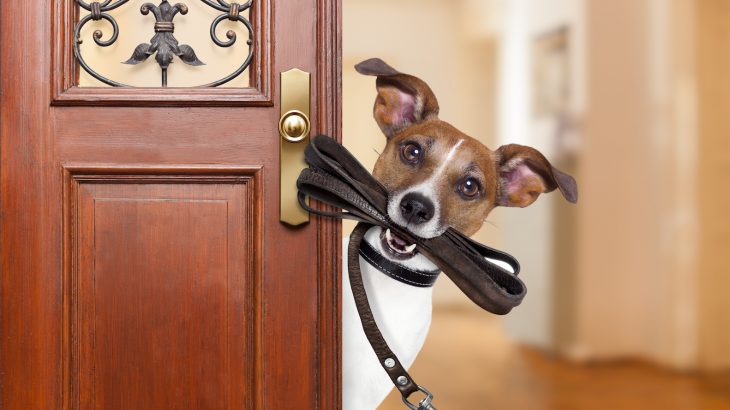 Proud pet owners will tell you that their dog or cat is the smartest one around — Spot can even tell time, they say. As ridiculous as that sounds, they might be onto something. According to a recent study from Northwestern University published in the journal of Nature Neuroscience, our pets can actually judge time.

Researchers looked at an animal’s medial entorhinal cortex, the brain’s memory and navigation hub. There, they discovered a set of neurons that work like a clock when an animal is waiting.

Daniel Dombeck, associate professor of neurobiology in Northwestern’s Weinberg College of Arts and Sciences and head of the study, said, “This is one of the most convincing experiments to show that animals really do have an explicit representation of time in their brains when they are challenged to measure a time interval.”

Dombeck theorized that because the medial entorhinal cortex encodes spatial information in “episodic memories,” it might also be responsible for encoding time, thus helping your pet acknowledge time passing while waiting.

To test this theory, Dombeck and his team constructed a virtual reality course in which a mouse ran on a physical treadmill within a virtual environment. While on the course, the mouse reached a door at the end of the hallway and had to wait six seconds for the door to open and grant the mouse clearance to its reward.

After training the mouse within this course, the team then made the door “invisible.” The mouse was still aware of where the door was, yet no physical door was present. Even so, the mouse waited six seconds before passing through the doorway.

This shows that the mouse unknowingly tapped into the medial entorhinal cortex and relied on time encoding to fully understand the course ahead. What’s more is that when the team studied images of the mouse’s brain by way of two-photon microscopy, they watched two different sets of neurons fire — one while the mouse ran the course and the other when the mouse approached the doorway and waited.

“As the animals run along the track and get to the invisible door, we see the cells firing that control spatial encoding,” Dombeck said. “Then, when the animal stops at the door, we see those cells turned off and a new set of cells turn on. This was a big surprise and a new discovery.” Dombeck noted that this second set of cells encode how much time an animals has been waiting.

Not only does this result prove our pets can, in fact, tell time to a certain degree, the discovery of time encoding cells could potentially lead to early-detection Alzheimer’s tests and treatments. Who knew a pup’s impatience could lead to such an important medical breakthrough?