Why the Pine Island Glacier began to suddenly shrink • Earth.com 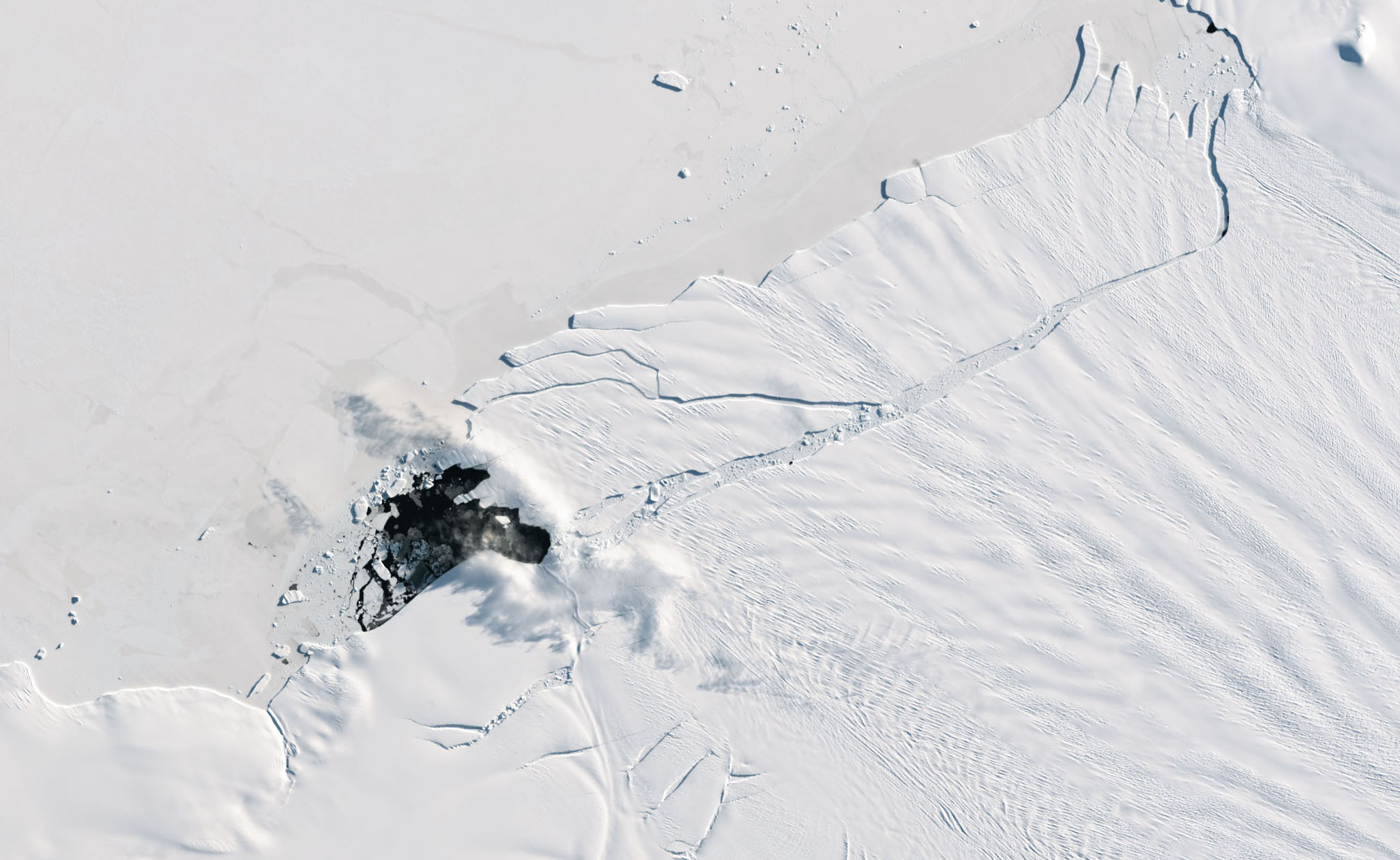 Why the Pine Island Glacier began to suddenly shrink

In the last decade, four major icebergs have broken away from the tongue of the Pine Island Glacier in Western Antarctica. German researchers have discovered that the glacier had lost contact with the ground at key points, causing it to suddenly retreat toward the coast.

The Pine Island Glacier is one of the fastest-flowing ice streams in the Southern Hemisphere. Combined with neighboring glaciers in Western Antarctica, the ice stream transports more than 300 gigatons of ice to the Amundsen Sea. This rapid flow of ice contributes between five and ten percent of the global sea-level rise.

For decades, masses of warm water from the Antarctic Circumpolar Current have shifted beneath the floating region of the Pine Island Glacier, melting its ice shelf from below. This has caused the tongue of the glacier to lose around 5.3 meters of thickness every year for about 25 years.

However, it has been unclear why the front of the glacier barely retreated for many years after the melting trend was first observed in 1947. In 2015, a calving event abruptly shifted the edge of the ice shelf 20 kilometers toward the coast and greatly reduced the total area of the glacier’s tongue.

“The direction and speed of a given glacier’s flow chiefly depend on the topography of the ground below it,” said Dr. Arndt. “But for most of the ice shelves in the Antarctic, we know very little about the features of the underlying seafloor.”

“As such, our Polarstern expedition in February 2017 was an unprecedented opportunity to map 370 square kilometers of an area that had previously largely been covered by the Pine Island Glacier’s ice shelf.”

The team’s maps revealed an unknown submarine ridge and two mountains, the peaks of which reach up to a water depth of 370 meters.

The 400-meter thick ice shelf of the Pine Island Glacier had likely been grounded on the ridge for several decades, which satellite images confirm. In the older images, the surface of the ice was visibly raised at the precise points where the peaks of the ridge are directly under the ice shelf.

“But after 2006, these landmarks are nowhere to be seen,” explained study co-author Dr. Karsten Gohl. “By that time, the ice shelf must have melted so extensively from below that it was either too light to produce any impression on the surface of the ice, or the ice sheet must have already lost contact with the mountains beneath it.”

When an ice shelf loses contact with its “pinning points,” the ice stream is released and flows rapidly out to sea.

The scientists found that mountains can stabilize ice shelves like giant brakes, but that they also have the potential to set off calving events. In 2007, satellite images show that the edge of the Pine Island ice shelf crashed into one of the underlying mountains with such a force that the entire face of the ice shelf broke off. The calving event of 2015, they concluded, was caused by a similar event when the ice shelf made contact with the ridge.

“The roughly 50-kilometer-long edge of the Pine Island Glacier’s ice shelf currently runs between an island to the north and another glacier to the south, which once again give the ice a bit of support,” said Dr. Arndt.

If the melting beneath the glacier persists, the process could make the ice shelf so thin that it becomes unstable. According to the study authors, however, the ice thickness at the calving front of the glacier currently measures approximately 400 meters, and instability is not a threat at this point.

The research is published in the online journal The Cryosphere.