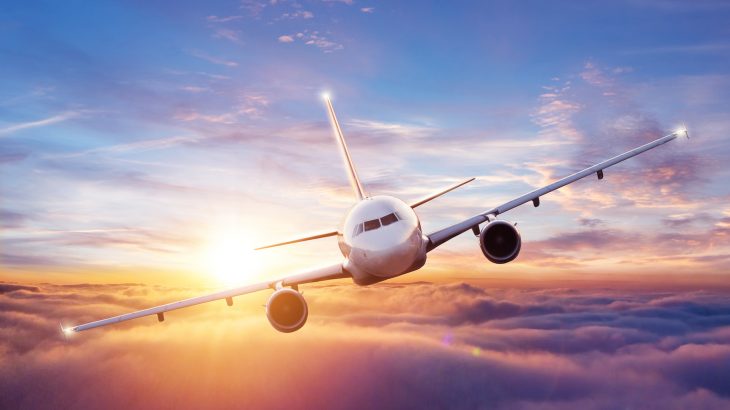 A new study published in the American Geophysical Union’s Journal of Geophysical Research: Atmospheres has found that planes passing over rain and snow can intensify the precipitation in that area 10-fold. The burst of precipitation is caused by aircraft wings cutting through clouds of supercool water droplets above a layer of active rain or snow.

“The interesting thing about this feature is that it is caused by aircraft, but it is not caused by pollution,” said lead author Dimitri Moisseev, a researcher at the University of Helsinki and the Finnish Meteorological Institute. “Even if there would be absolutely ecological airplanes, which don’t have any combustion, no fuel or anything, it would still happen.”

Moisseev noticed this phenomenon when he saw streamers of heightened precipitation via scans from the University of Helsinki Kumpula campus radar antenna. These straight patches of severe precipitation appeared on a background of lighter rain or snow and bowed toward the Helsinki-Vantaa airport.

It has been known that air pressure change from passing aircrafts can trigger supercooled water droplets to freeze. This happens when air quickly expands in the wake of wing and propeller tips, therefore causing a local drop in pressure and temperature. Many had theorized that planes could also increase intensity of rain and snow in underlying clouds via this same process, however, this was never observed until now.

To prove that the planes were causing the uptick in precipitation severity, Moisseev and his team analyzed the University of Helsinki’s weather radar data between 2008 and 2018. They found 17 days where the characteristic linear streamers appeared between December 2008 and January 2018. Archived flight paths confirmed that aircrafts passed within 1 to 6 miles (2 to 10 kilometers) of the intensified precipitation in most of those 17 cases.

“The intensified precipitation basically follows the track of an airplane above the cloud,” Moisseev explained. “It could extend over hundreds of kilometers, but the cross-section would be maybe 100 meters. So it’s a very narrow, long feature.”

Moisseev and his colleagues believe that airplane-created ice crystals probably fall from a supercooled upper cloud layer into a lower layer where rain and/or snow is occuring, thus creating more weather from the lower cloud layer.

Although the punch of precipitation is artificially created, the natural process that occurs when planes cut through storm systems could help meteorologists study the formation of precipitation and help them “nowcast” natural rain and snow conditions 2 to 6 hours into the future. This would be a huge jump forward for airport operations.