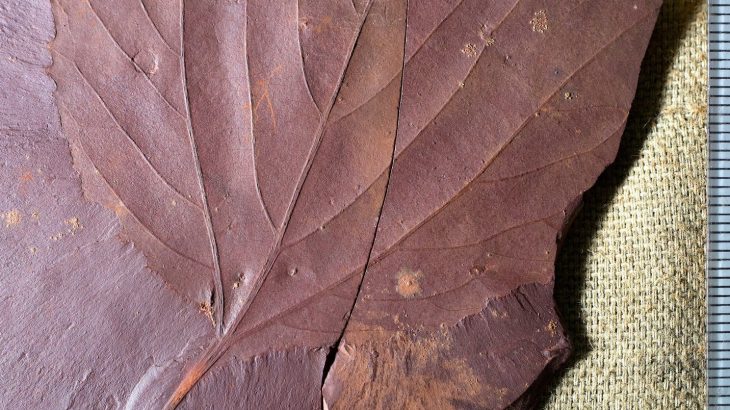 A team of paleontologists led by McGill University uncovered fossil plants in eastern Canada that have produced the first quantifiable evidence of the region’s climate during the Cretaceous period.

Combined with specimens collected in previous expeditions, the newly discovered fossilized remains are giving experts unprecedented insight into a time when dinosaurs still dominated the planet.

The McGill team discovered the ancient plant samples last August in a remote area of Labrador. Some of the remains represent species that have never been found in this region before.

In the late 1950s, paleontologists theorized that the Cretaceous climate of Quebec and Labrador was far warmer than it is today based on fossilized leaves and insects. The current study has now confirmed this theory based on the Climate Leaf Analysis Multivariate Program (CLAMP), which is used to predict a variety of climate statistics for a given fossil flora. CLAMP measures variables such as temperature and precipitation based on the shape and size of tree leaves.

Under the supervision of Professor Hans Larsson, graduate student and study first author Alexandre Demers-Potvin analyzed the plant fossils and determined that eastern Canada had a warm, temperate, and humid climate during the middle of the Cretaceous period.

According to Demers-Potvin, the new work provides insight into how the climate of eastern Canada evolved over time, which will be useful information for studying climate change today.

“The fossils from the Redmond mine show that an area that is now covered by boreal forest and tundra used to be covered in warm temperate forests in the middle of the Cretaceous, one of our planet’s ‘hothouse’ episodes,” said Demers-Potvin. “These are new pieces of evidence that can help improve projections of the global average temperature against global CO2 levels throughout the Earth’s history.”

The study is published in the journal Palaeontology.